Made Visible: Scaling Tiny Microbiological Organisms to a Monumental Surface 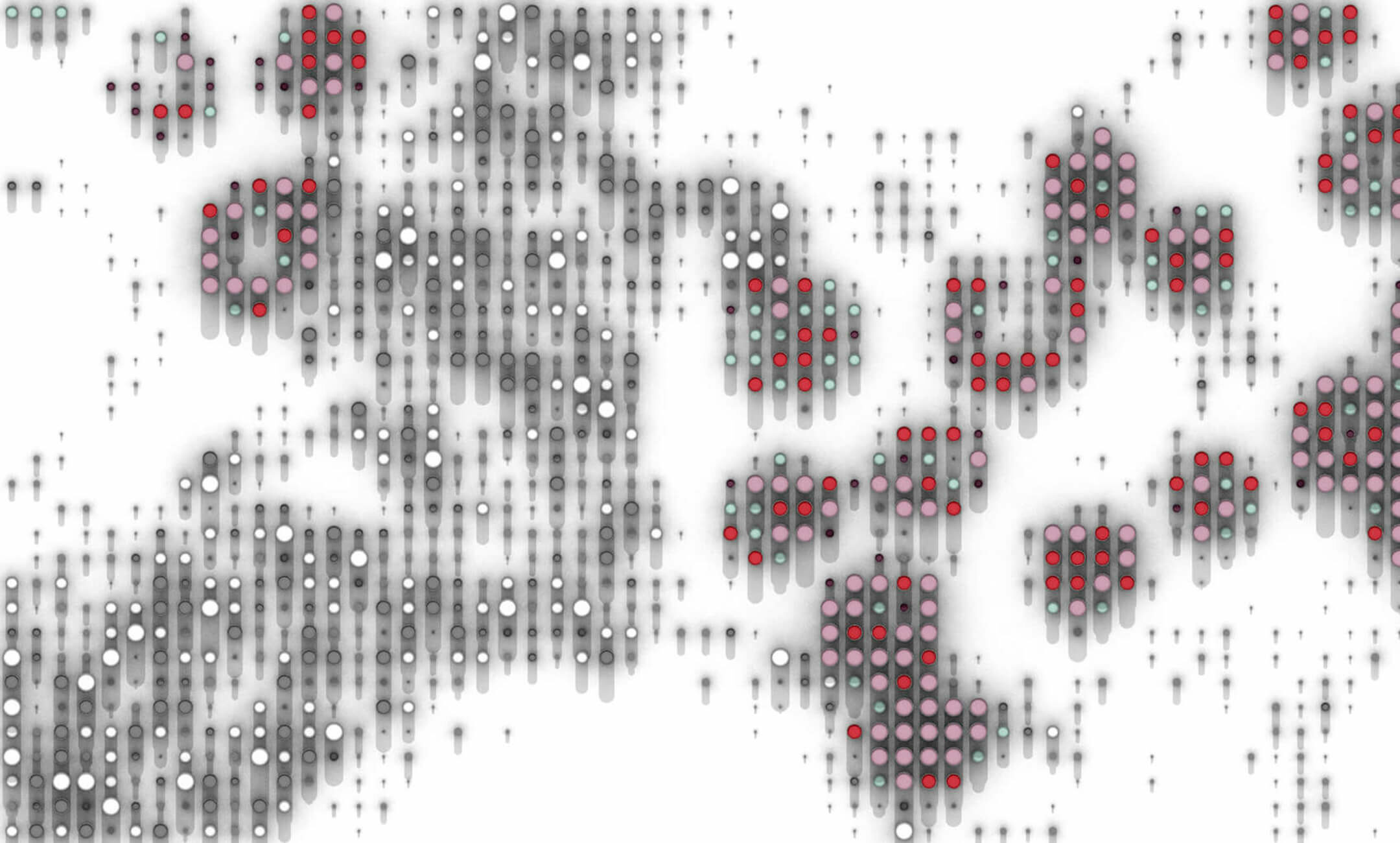 Made Visible is a multi-storey wall installation located within the new headquarters for Public Health Ontario. Comprised of almost 8,000 stainless steel rods and tubes, the installation is derived from images of the SARS virus across four microscopic scales, magnifying them to monumental size. Conceived of as integral to the architecture of the project, the installation is intended to reveal itself gradually as occupants move through the space, alluding to the mission and daily work of the institution, piquing curiosity and encouraging social interaction and personal reflection.

A four-storey interconnecting stair forms the central spine of this complex of offices and laboratories. This staircase, along with adjacent lounge and meeting spaces, was structured to encourage informal collaboration and interaction among scientists, researchers and staff. A continuous wall adjacent to the stair offered the potential to animate and reinforce the coherence of the space. The relatively confined context dictated that the installation would need to be effective from a range of viewpoints and would often be visible only as a fragment or from an oblique angle. The installation would need to resonate with the institution’s staff and guests, and be capable of sustaining interest over time. Located within an infectious disease laboratory setting, the entire installation was required to be constructed of durable, low maintenance, non-porous materials. 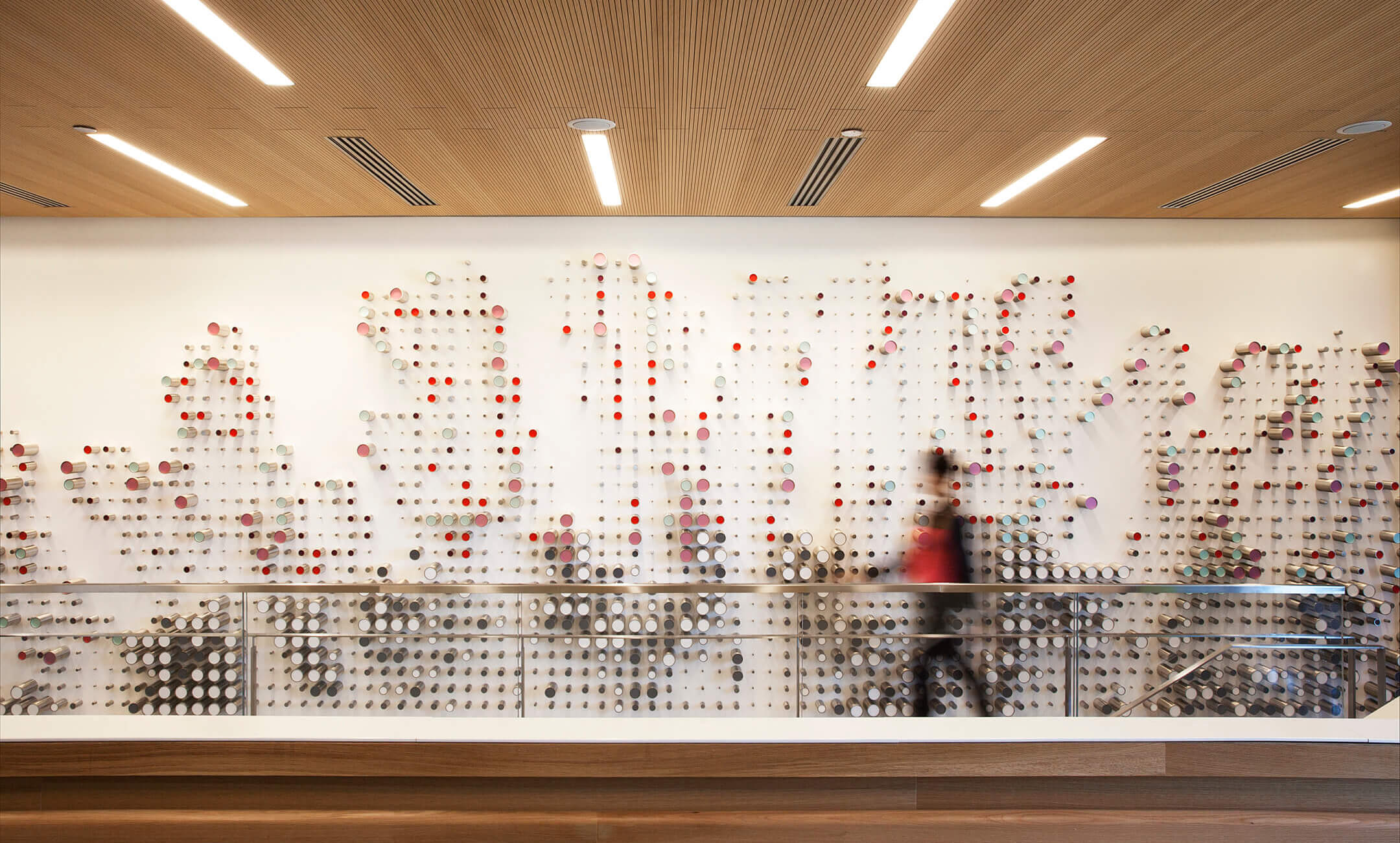 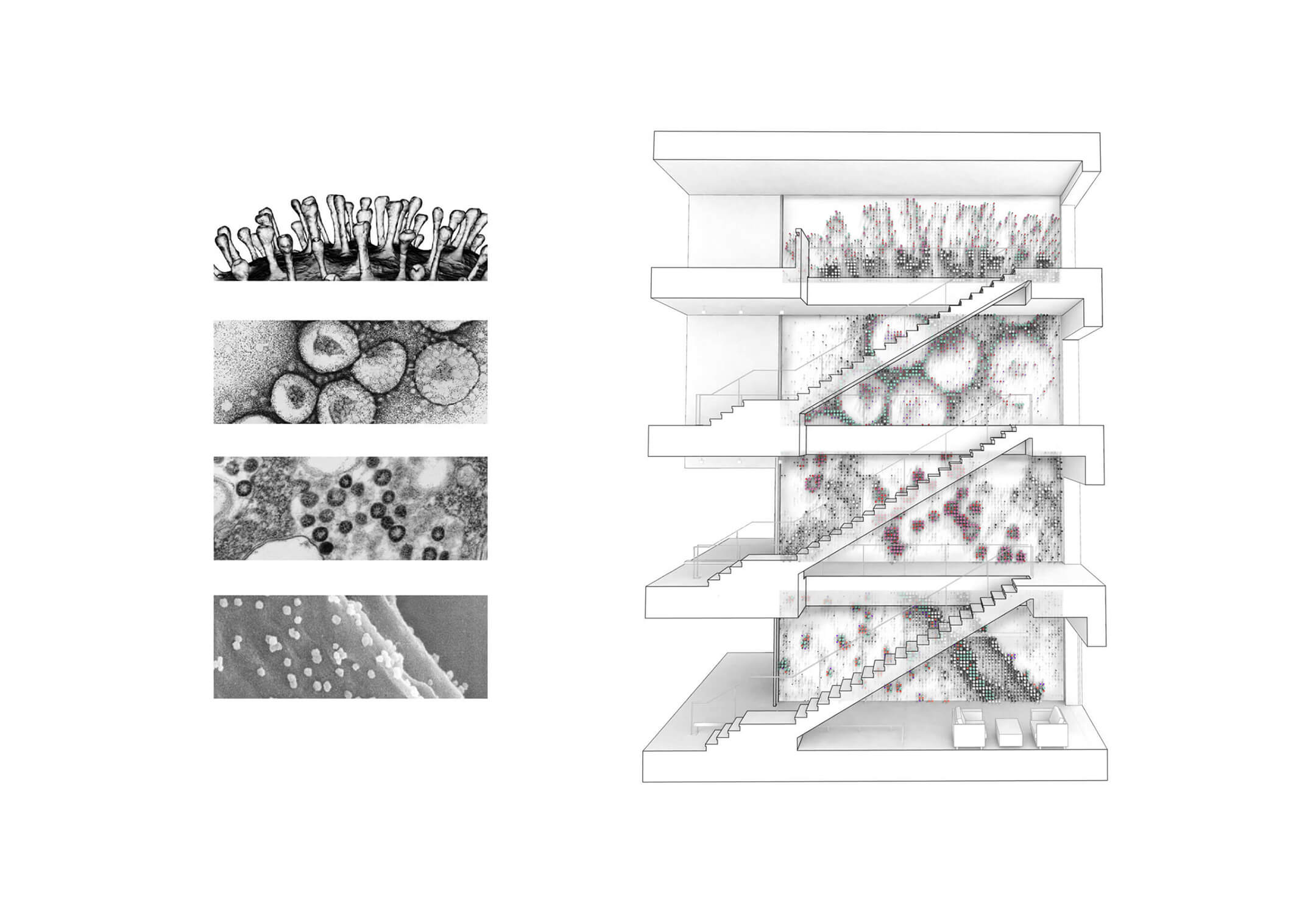 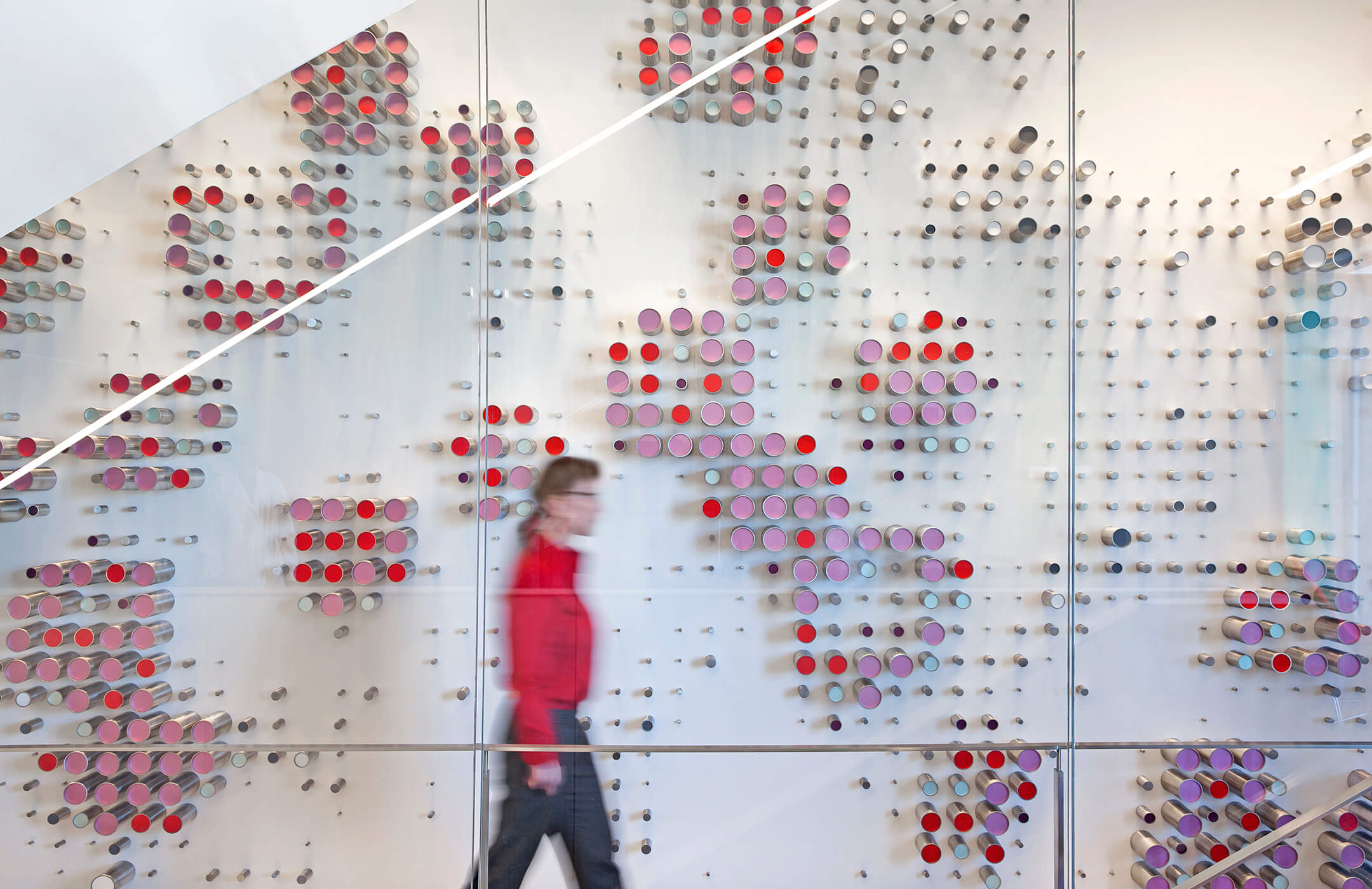 A working group including the architects and client representatives met over a year to develop and refine the installation. The group was intrigued by the transformational potential of scaling tiny microbiological organisms, visible only as a consequence of recent advances in microscopy, to a monumental architectural surface. The SARS virus was chosen as it was in response to this outbreak in 2003 that PHO was established.

A custom algorithm was developed to convert the images from pixilated digital images into a three-dimensional array of brushed stainless steel cylinders and tubes on a bright Hi-Macs® (acrylic/mineral composite) surface. Coloured Lucite® (matte acrylic) disks recessed into the tips of the larger tubes highlight the viruses against the surrounding context. The shallow relief of the wall produces an ambiguous effect, not entirely image nor object, but serving as both from different vantage points. 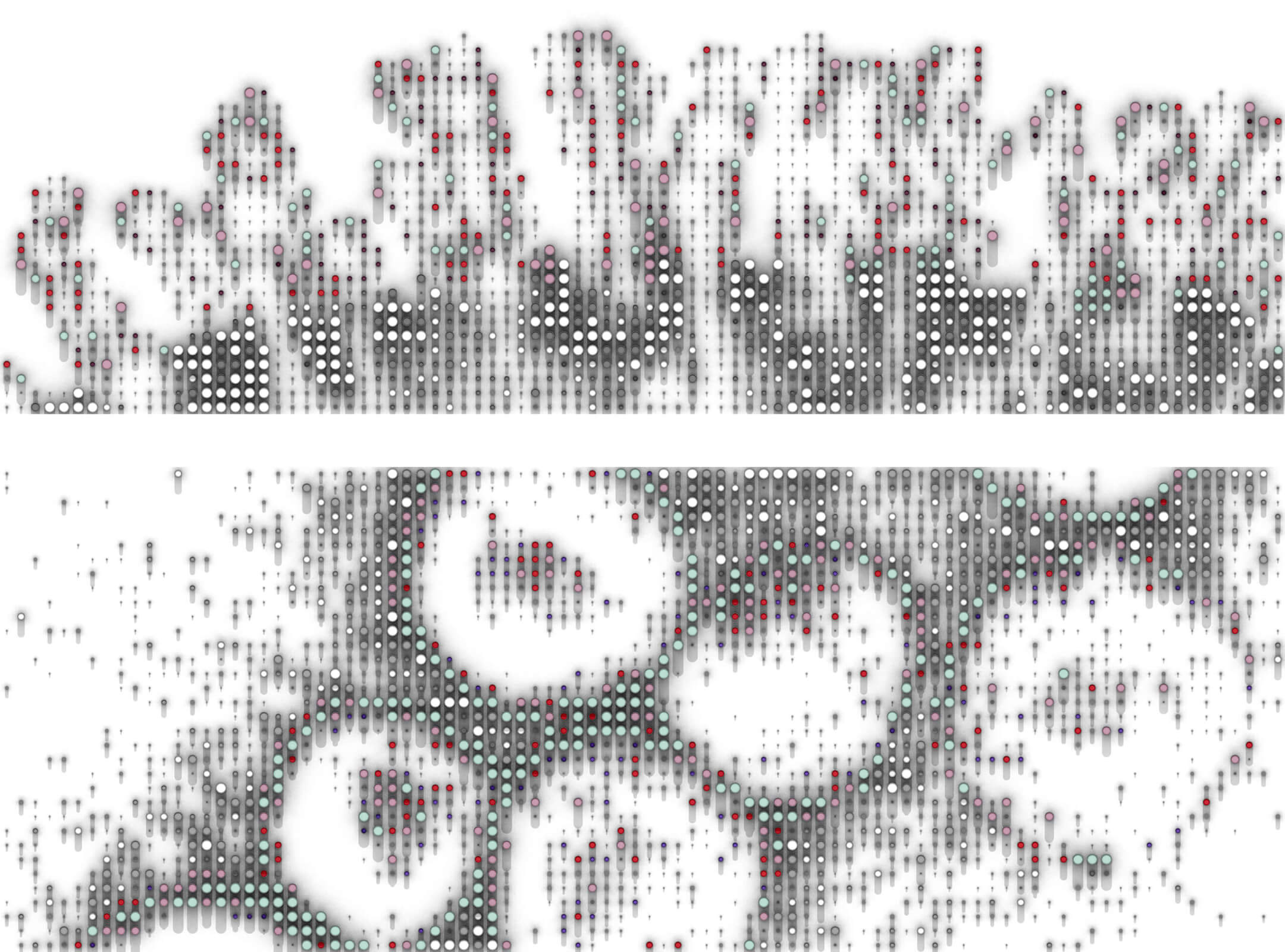 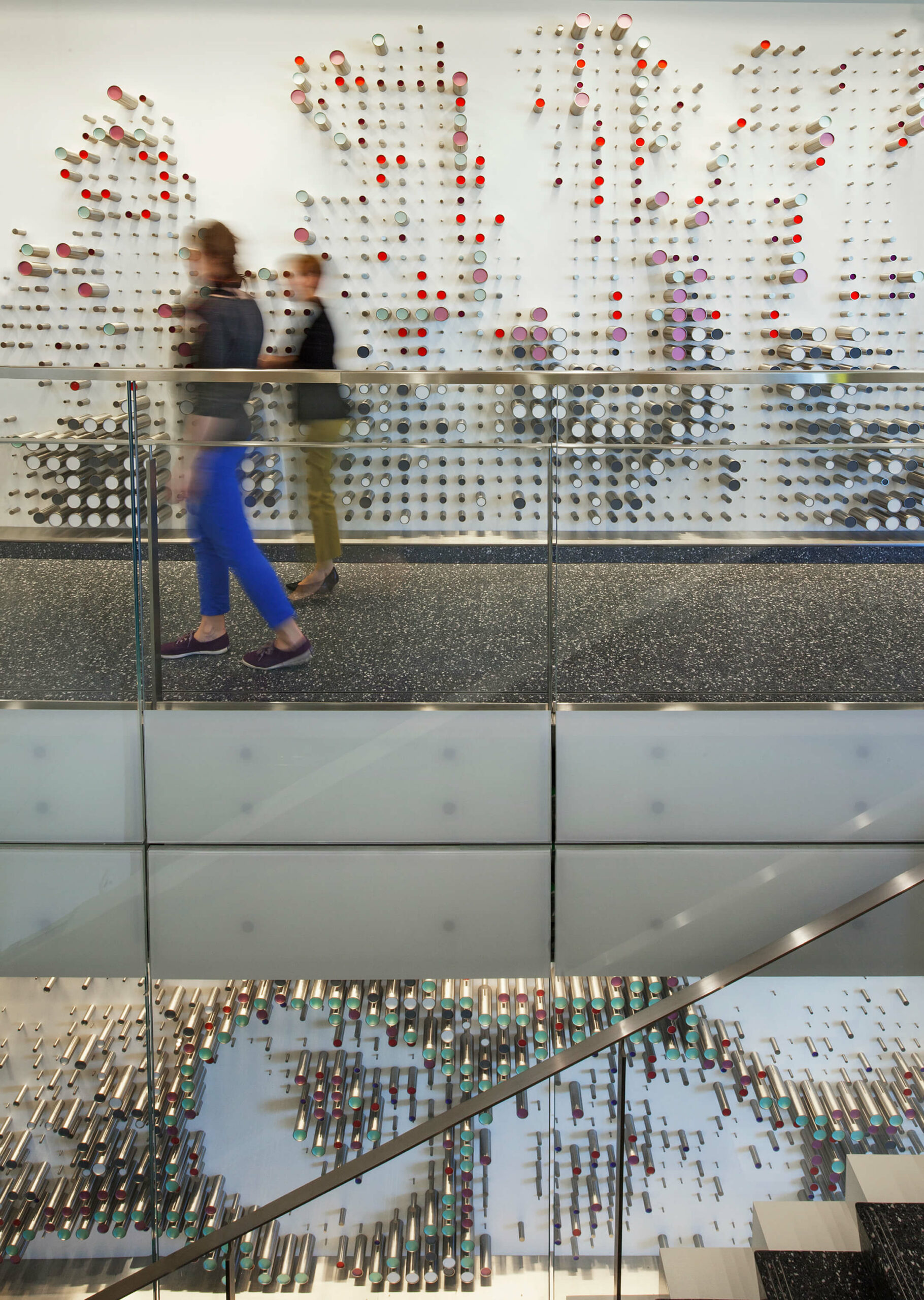 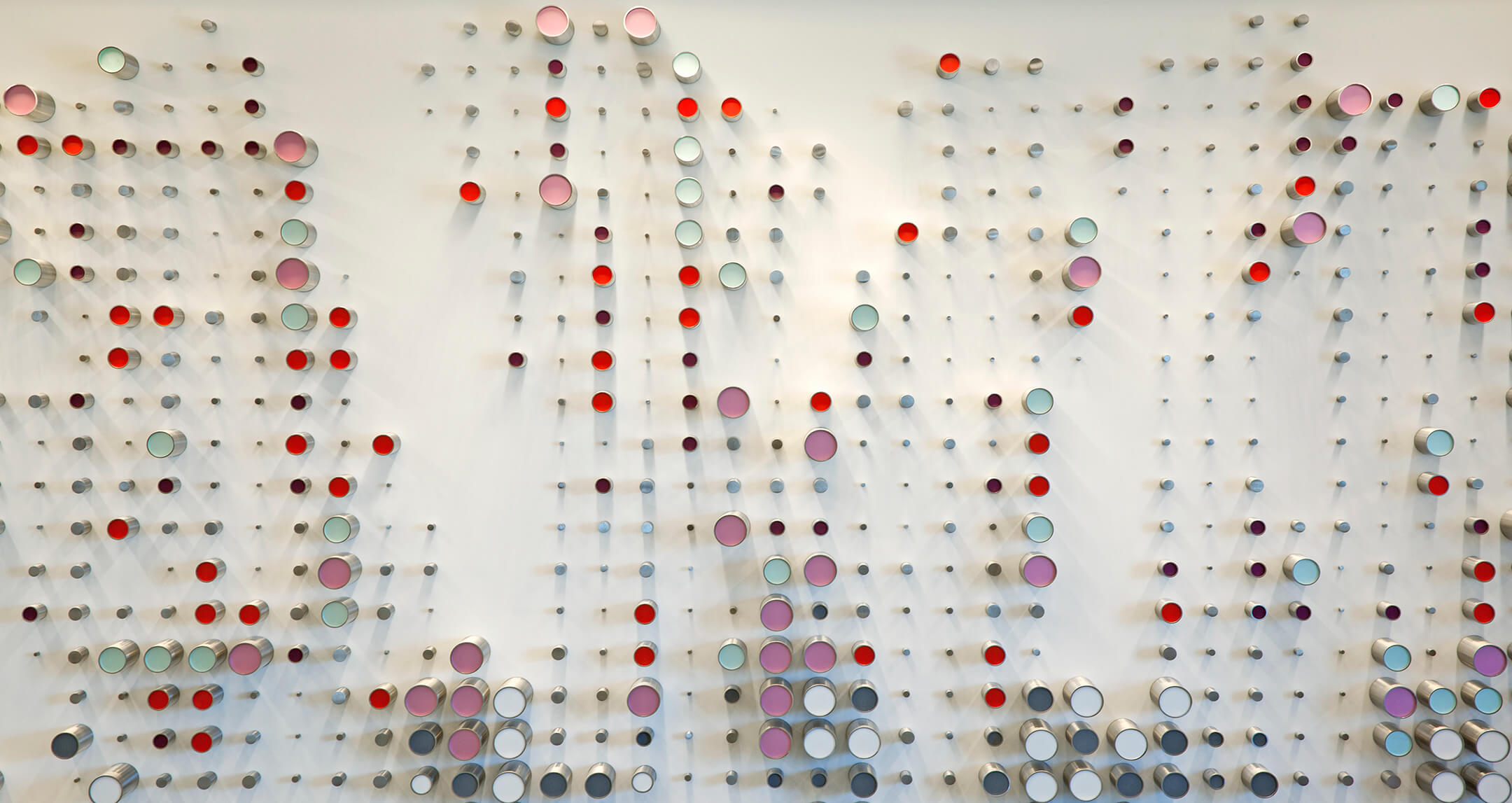 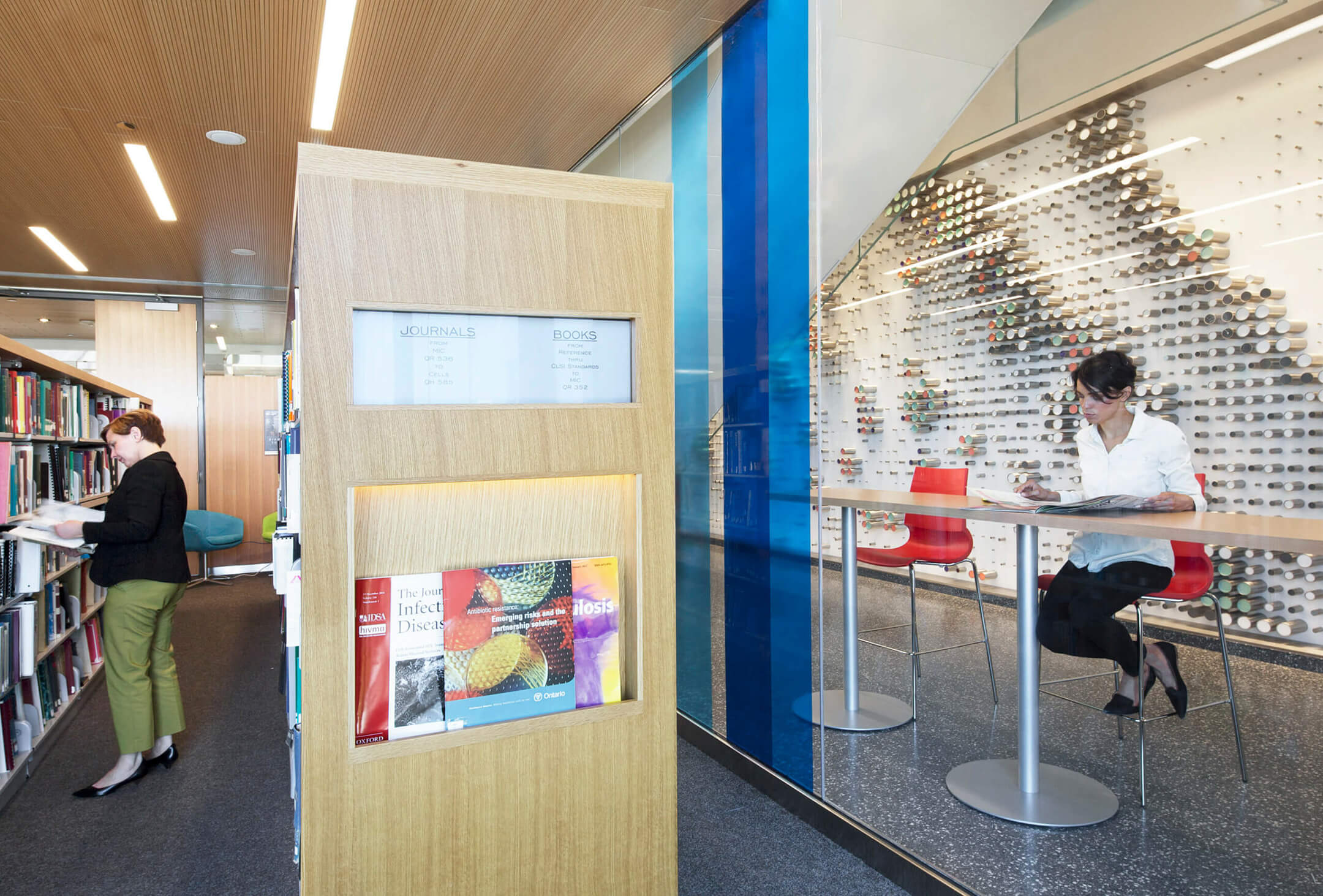