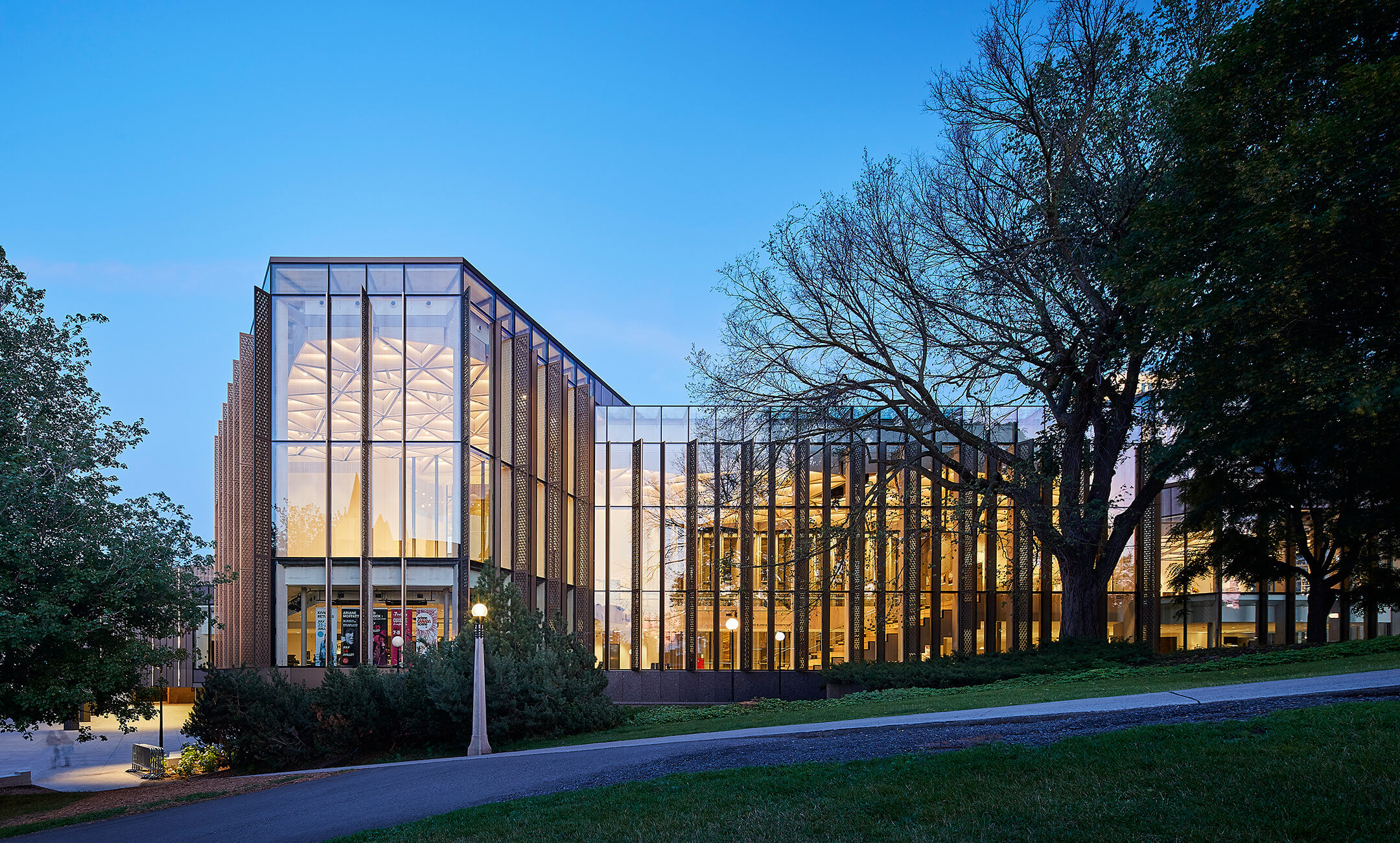 Toronto – The rejuvenation of Ottawa’s National Arts Centre by Diamond Schmitt Architects has won an Architecture Award of Merit from a leading performing arts association.

The United States Institute of Theatrical Technology (USITT) recognized the $225-million expansion and production renewal of the multi-stage complex. The project reimagines Canada’s premier performing arts centre while honouring the elegance of its concrete Brutalism.

“This insular fortress for the arts has been turned inside out to create transparent and transformative space for public engagement, to enliven the streetscape and enhance the centre’s visibility and identity,” said Jennifer Mallard, Principal, Diamond Schmitt Architects.

Three new wings built on the footprint of former terraces are crafted in a palette of Douglas fir, Owen Sound Ledgerock, bronze and a bespoke glass curtainwall to expose and celebrate the creative activity inside. A marquee tower equipped with a three-storey video ‘lantern’ showcases original content, performance from across the country, as well as simulcast productions from the stage, re-establishing the NAC as a truly national arts centre.

Collaborating with the architects on the project were theatre consultants Fisher Dachs Associates, Threshold Acoustics, and Wenger JR Clancy for the acoustic shell. A ceremony recognizing the 2020 USITT Awards will be held in Houston in April.

Diamond Schmitt Architects (www.dsai.ca) has an extensive portfolio of academic facilities, commercial and residential projects as well as recreation and performing arts centres. Current projects include the re-imagination of David Geffen Hall at Lincoln Center in New York, the Buddy Holly Hall of Performing Arts & Sciences, to open in 2020 in Lubbock, Texas, and new facilities for performing arts at both Humber College in Toronto and the University of Guelph.