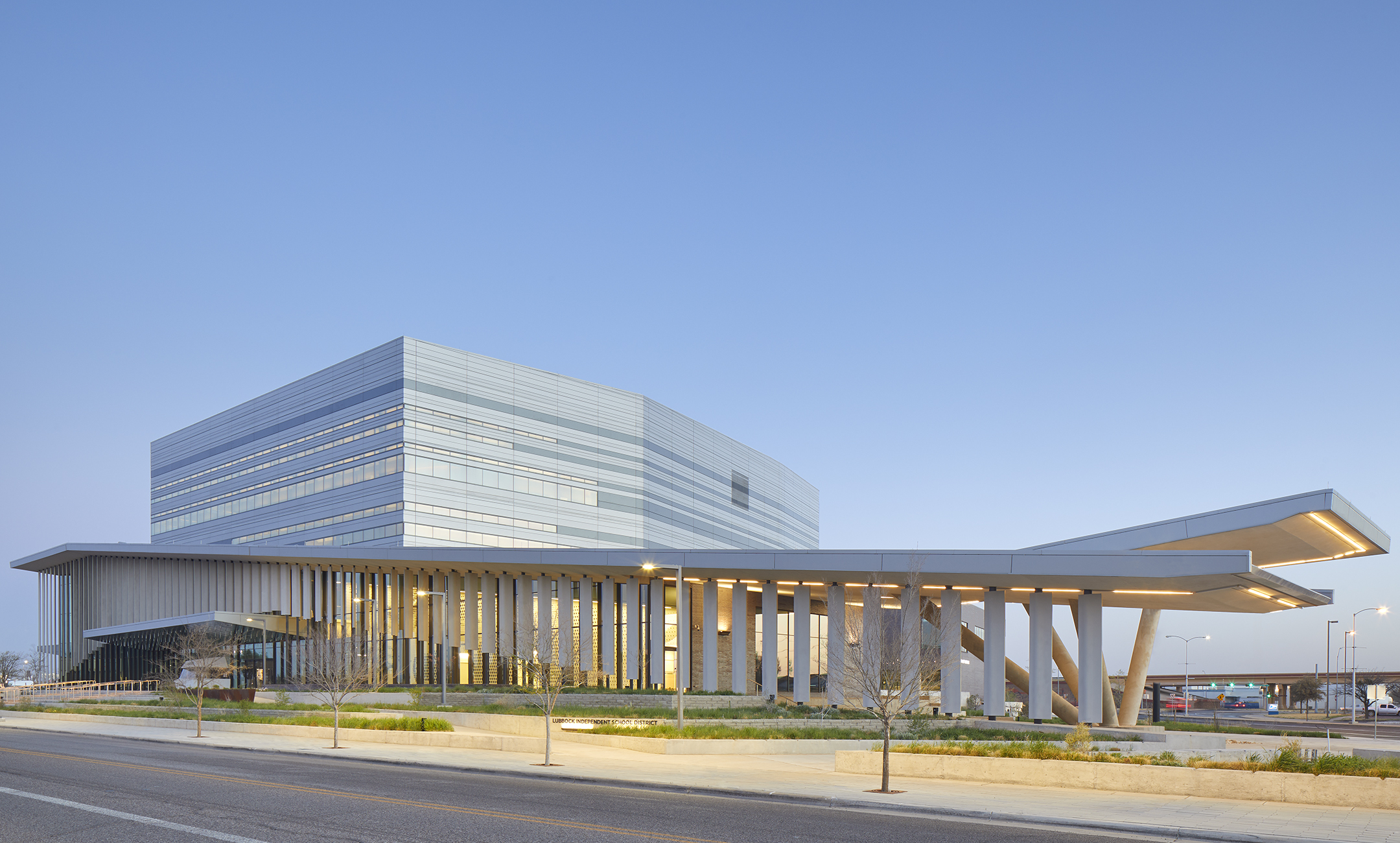 Buddy Holly Hall of Performing Arts and Sciences has been honoured as a Finalist in Fast Company's Innovation by Design Awards 2022 in the Spaces and Places Category.

The Innovation by Design Awards honour the designers and businesses solving the most crucial problems of today and anticipating the pressing issues of tomorrow. The competition, now in its 11th year, features a range of blue-chip companies, emerging startups, and hungry young talents. It is one of the most sought-after design awards in the industry.

Buddy Holly Hall innovates by combining the development of a business model with functional programming and building design. It represents a city—Lubbock, Texas—redefining itself through collaborative design and a community funded commitment to the arts. The architecture fulfills the citizens’ desire to revitalize and restore the region’s once energetic cultural scene, not only in the diversity of the programs and performances it hosts, but the evolution and impact it is having on the local school district and arts community. The Hall was built through extensive community engagement which determined the requirements of the space to best serve its diverse occupants – a citizen’s board, the district school board, a ballet school, a restaurateur, musicians and artists. The facility provides the Lubbock Symphony Orchestra, Ballet Lubbock, and the Lubbock Independent School District (LISD), with a new home. The latter two had considered constructing their own new facilities, but individually struggled to build a business case. This partnership has provided each party with a high-caliber facility which would not have been possible independently.

The inclusion of the LISD as a priority user is a trendsetting relationship between a world-class performance facility and a local school district that has created performance and educational opportunities that otherwise would not be possible. The building’s commercial function has provided an income stream, offering aspiring artists the opportunity to practice and perform on the same stage as professionals.

“A common theme among this year’s Innovation by Design honorees, which range from healthcare interfaces to autonomous driving technology, is permanence,” said Brendan Vaughan, editor-in-chief of Fast Company. “The products that leaped out to our editors and judges went against our quick-fix consumer culture, while also manifesting a more inclusive vision of design."

The judges included renowned designers from a variety of disciplines, business leaders from some of the most innovative companies in the world, and Fast Company’s own writers and editors. Entries were judged on the key ingredients of innovation: functionality, originality, beauty, sustainability, user insight, cultural impact, and business impact.