COVID-19 will change the experience of live entertainment 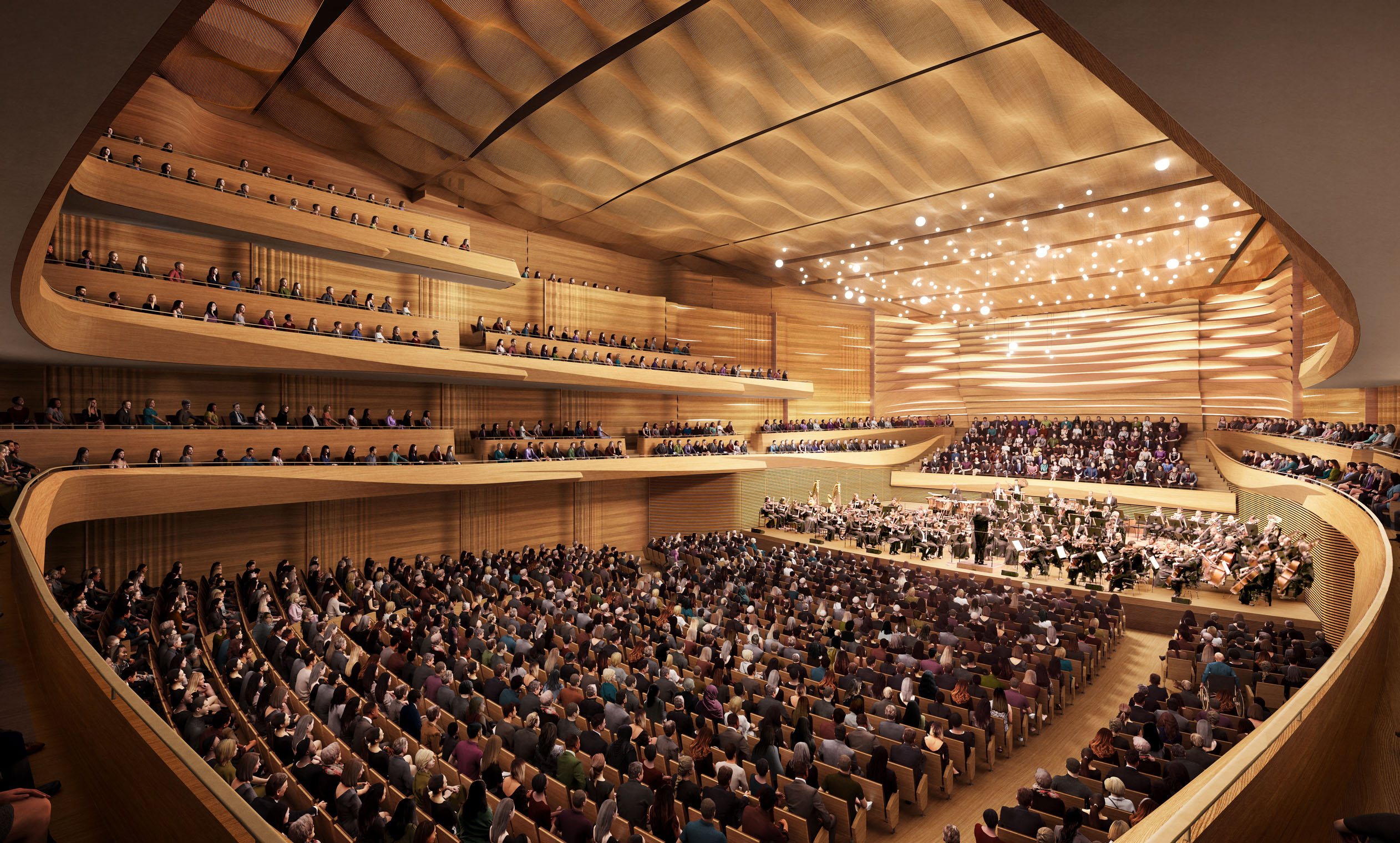 As orchestras, operas and theatre troupes cautiously test the waters of re-opening during the COVID-19 pandemic, architecture has a role to play to ensure a safe environment for performers and audiences alike. The Globe and Mail published an Op-Ed by architect Matthew Lella on the supporting role of design.

I believe the power of architecture can bring audiences back to theatres safely.

You may have seen how the Berliner Ensemble, co-founded by Bertolt Brecht, removed 500 of its 700 seats. The audience will sit in pairs with empty space between them to create what artistic director Oliver Reese called “an experience that …. will anchor itself in people’s memory.”

This exemplifies how creative destruction can test both the artistic potential of our plight today and point to a safe solution for tomorrow. Creativity is enhanced by constraints, so physical changes like this will beget artistic changes too.

Spain is also experimenting with how to open up theatres. In Barcelona last month, a string quartet performed at the Liceu Opera House to a full house of…. house plants. And in Madrid, Teatro Real staged La Traviata, consciously choosing the piece because it is staged with a relatively small orchestra. The orchestra, chorus and singers are distanced both on stage and in the pit. Also, the designers have explored the aesthetic of the times, having singers and conductor masked and playing up the heroine’s battle with tuberculosis.

Will people who experience these shows, sitting “apart together,” hear and feel new things? I think so. The acoustics will certainly be different – sound will linger in the room longer, seeming less constrained. I expect many in the audience will feel a heightened awareness of their individuality or loneliness in this environment. Theatres can’t survive in this wilderness for too long, either – selling 200 of 700 is only 28 per cent of its capacity.

So instead, what if they could sell a much larger percentage of their seats? In Ontario, 10 people now can form “social circles” without having to social distance. Arranging seating in larger groups can be a guiding principle for how to reconfigure theatres in the near future.

There’s precedent for this idea.

Consider the classic opera house with its private boxes. Indeed, the boxes, bought by wealthy families, actually defined the architecture of these rooms. Stand at the centre of La Scala in Milan or the Vienna Opera House and you are surrounded by windows into family rooms. Even today, boxes are bought on a family-and-friends basis.

To keep those groups safe everywhere in the theatre, the mechanical side of architecture must come into play as we rethink air quality, plumbing and, yes, saliva control.

According to our current understanding of COVID-19, it seems that the movement of air plays a crucial role in experiencing any indoor event safely.

The state of the art for ventilation in theatres is called displacement ventilation. Cool air is supplied at very low velocity beneath every seat. It rises slowly as our bodies heat it and is extracted through the ceiling. Not all theatres are designed this way. It can cost more, but it’s better, quieter and more energy-efficient.

Starting in the 1880s, indoor plumbing changed architecture and public health forever. Though vaccines are credited with eliminating disease, one can argue that indoor plumbing did as much or more in preventing the spread of typhoid and cholera.

Perhaps displacement ventilation in architecture can improve our social healthscape even more, by reducing the spread of airborne disease. Extracting air vertically, rather than allowing it to flow across building occupants, seems a good starting point.

The backstage and onstage areas need to evolve as well. Much about acting and singing is larger than life, including the expulsion of airborne particles.

In a current production of The Phantom of the Opera in South Korea, the first few rows of the theatre have been removed so that the actor’s “enthusiastic saliva” doesn’t spray on the audience.

Of course, the performers and production crews rehearse and work in their own bubbles. That same production of Phantom tests the cast daily and was able to shut down promptly but temporarily to stop the spread when two actors tested positive.

Those Korean audiences believe that the systems in place can and will protect them. For that idea to take hold elsewhere, our own architectural systems and social health systems need to work to inspire the same confidence.

That’s why the tests in Berlin and Madrid are so audacious, even if they’re not perfect.

Attending a show this year will be an incredible testament to how quickly theatre can transform itself – and us.

But I’m confident our theatres will survive this pandemic. Indeed, it looks like they’ve already begun to.

That’s the power of art.