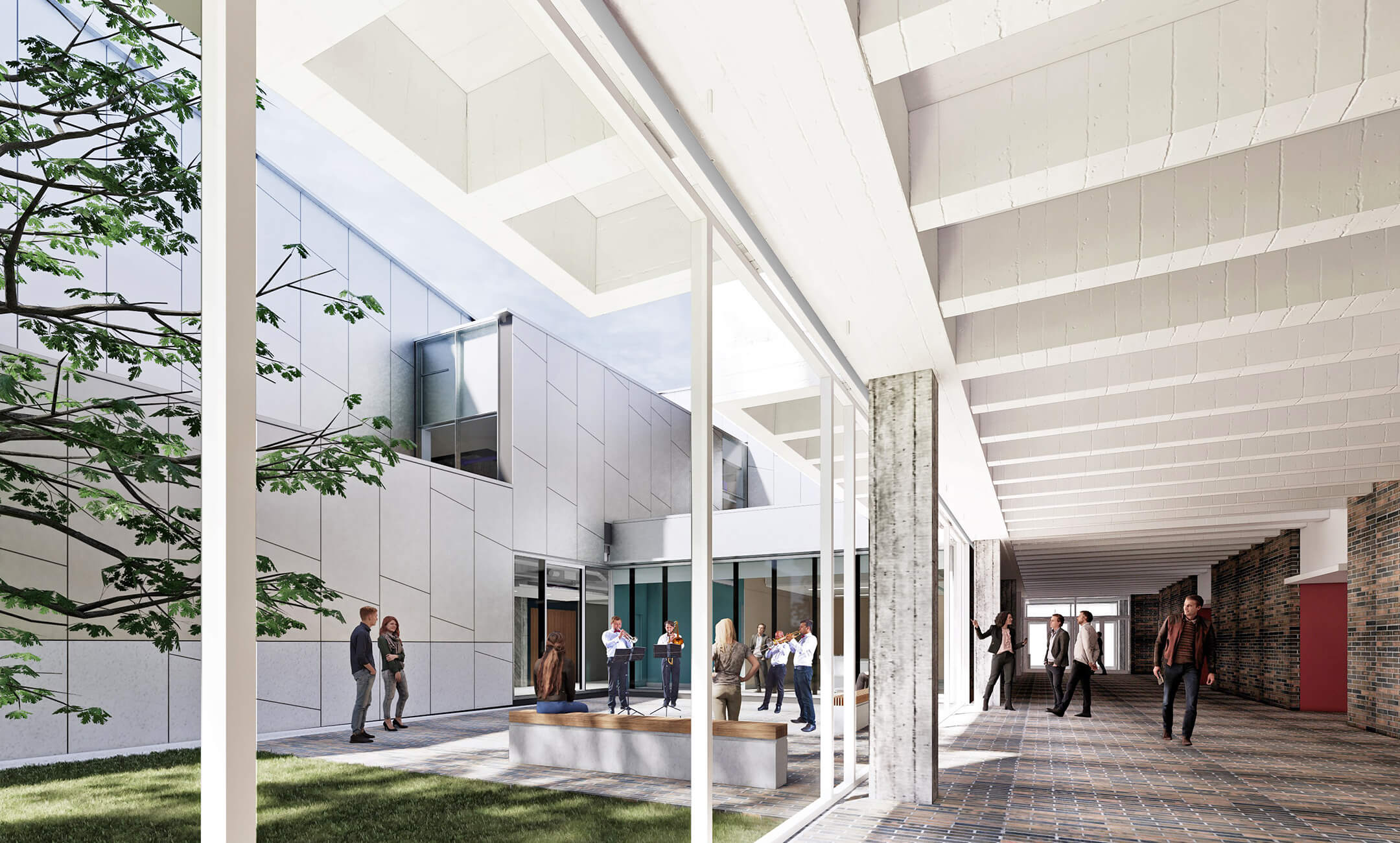 Toronto – The University of Guelph broke ground today on the renewal and expansion of its performing arts facilities. Diamond Schmitt Architects designed the 45,000-square-foot project, which aims to inspire the next generation of artists, musicians and performers.

The design reimagines the north wing of the MacKinnon Building (1967, Sert), located in the heart of campus. It houses the College of Arts and the International Institute for Critical Studies in Improvisation (IICSI).

A new theatre will be built in the courtyard, fulfilling the original intention to use the courtyard as a theatre space. The ImprovLab will be a publicly accessible, multi-use research environment to present, record and analyse improvised performance. The 160-seat black box theatre will have office and research space and be flexible for a range of audience seating and research participation.

Renovations will also involve the building of a new main entrance, creation of student spaces, reconfiguring and returning the Luscombe Theatre to a black-box performance space, new practice rooms for music as well as upgrades to address both accessibility and acoustical issues.

“This modernization enhances both the aesthetics and performance capabilities of the MacKinnon Building to engage students and support their creative drive,” said Michael Treacy, Principal, Diamond Schmitt Architects. “Acoustically attenuated rooms for practice and performance are complemented by an abundance of light-filled space that opens and connects the building with the campus.”

Construction begins this fall to create the foundations and enclosure of the new building. The project is expected to be completed in Spring 2021.

Diamond Schmitt Architects (www.dsai.ca) has an extensive portfolio in the performing arts and academic facilities. Current projects include Ottawa’s new central library and Library and Archives Canada joint facility; Robarts Common at the University of Toronto; and Buddy Holly Hall of Performing Arts & Sciences in Texas.