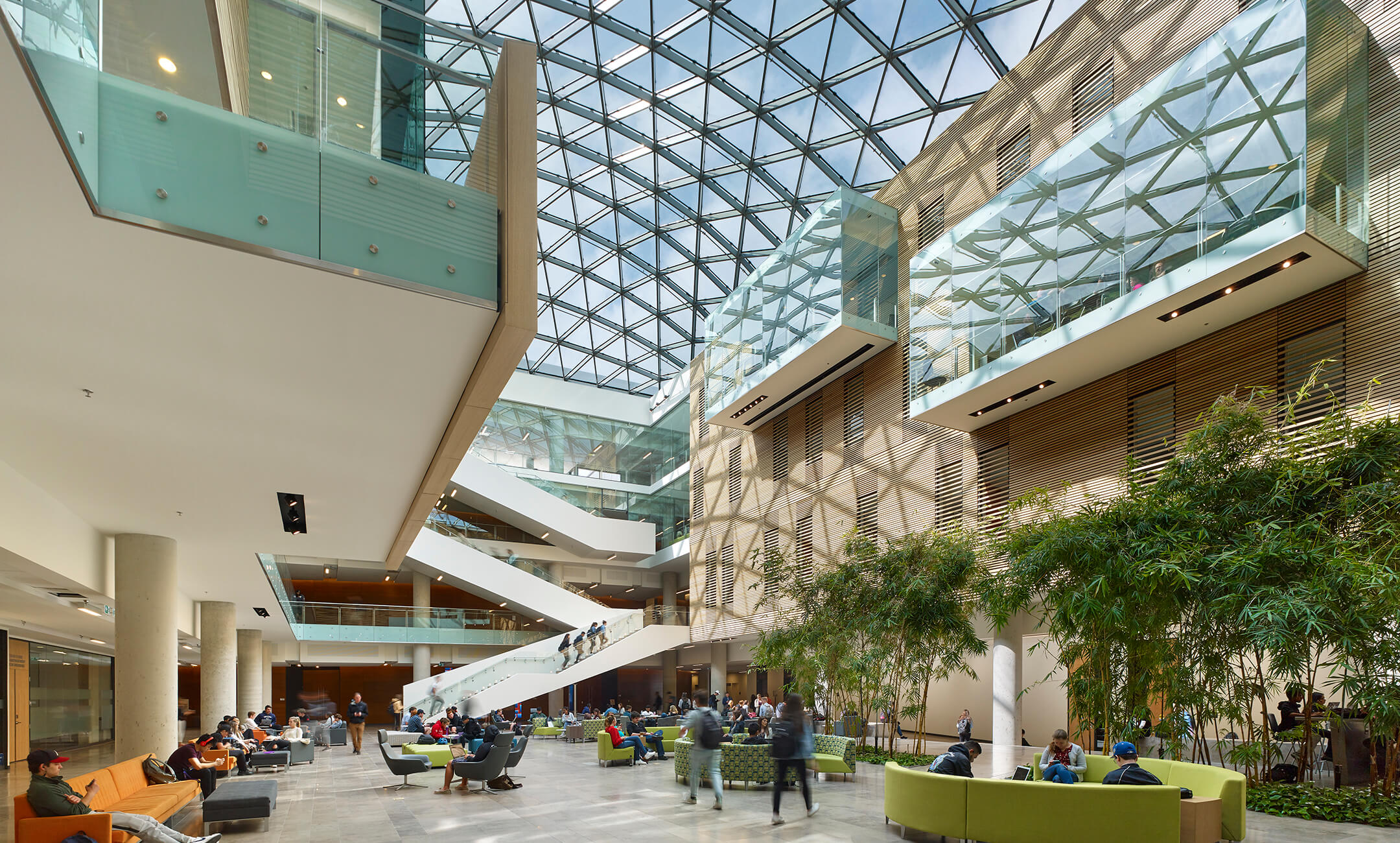 The recognition is one of 23 awards for campus architecture across North America in 2018 presented by the Society for College and University Planning / American Institute of Architects – Committee on Architecture for Education (SCUP/AIA-CAE). It is the sixth SCUP Award of Excellence for Diamond Schmitt.

Lazaridis Hall signals the start of a new campus precinct across University Avenue from the main campus. It is home to the School of Business and Economics, and the Department of Mathematics.

The design celebrates and clearly articulates the major program spaces: a 1000-seat auditorium, 300-seat lecture hall, and large skylit atrium. This public square functions as a crossroads and provides a new heart for campus life that is bathed in natural light beneath an undulating freeform skylight.

“It is an honour to be recognized by SCUP for a design that is an aspirational landmark for academic collaboration and community connection,” said Donald Schmitt, Principal, Diamond Schmitt Architects.

Lazaridis Hall contains state-of-the-art incubator space to support entrepreneurship and new business startups while fostering student interaction and collaborative research. It is LEED Gold and 2030 Challenge certified, making this an exemplar of sustainable design on a large scale. The building has previously been acknowledged with a Civic Trust Award (UK), two wood design awards and design excellence for use of glass.