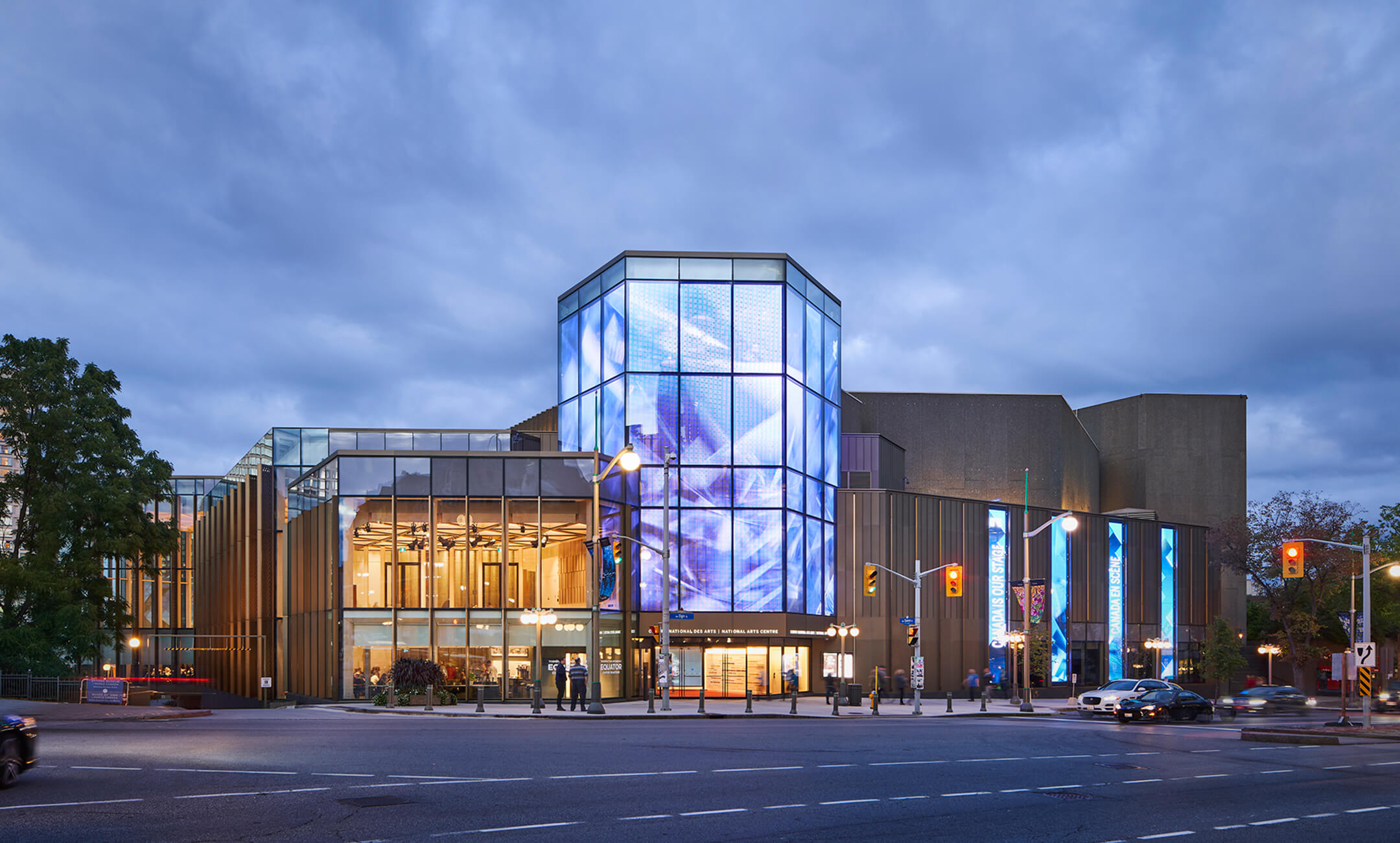 The project transforms Canada’s premier performing arts centre while honouring the elegance of its concrete brutalism. New interior public gathering space creates transparency and connection with the city. The original geometry is extended on the footprint of former terraces with a palette of Canadian Douglas Fir, Owen Sound Ledgerock, bronze and bespoke glass curtainwall to expose and celebrate the creative activity inside.

The jury said the Civic Trust Award acknowledges projects that offer a positive social, cultural, environmental or economic benefit to their local communities.

“We’re honoured to be recognized once again by the Civic Trust,” said Donald Schmitt, Principal, Diamond Schmitt Architects. “The intent of the NAC rejuvenation is to enliven the streetscape, engage the surroundings, and enhance the centre’s visibility and identity while preserving its architectural heritage.”

The renewal improves acoustics, sightlines and accessibility in the main Southam Hall and animates the street presence of the Fourth Stage, an incubator for theatre and music. New interior spaces frame and enhance views to Parliament Hill, to monuments, and the greenery of the Rideau Canal parkland in the heart of the capital city.

To view a 3-min. day-in-the-life video of the rejuvenated NAC, please click here.

In 2018, Diamond Schmitt Architects won the Civic Trust Award for Lazaridis Hall, a welcoming crossroads designed for academic collaboration at Wilfrid Laurier University in Waterloo, Ontario. Previous Civic Trust awards for the firm include two projects in Toronto, Bridgepoint Active Healthcare (2016) for connecting a campus of care with its community, and Daniels Spectrum (2015) for its performance, rehearsal, learning and social enterprise space for local arts and cultural groups.