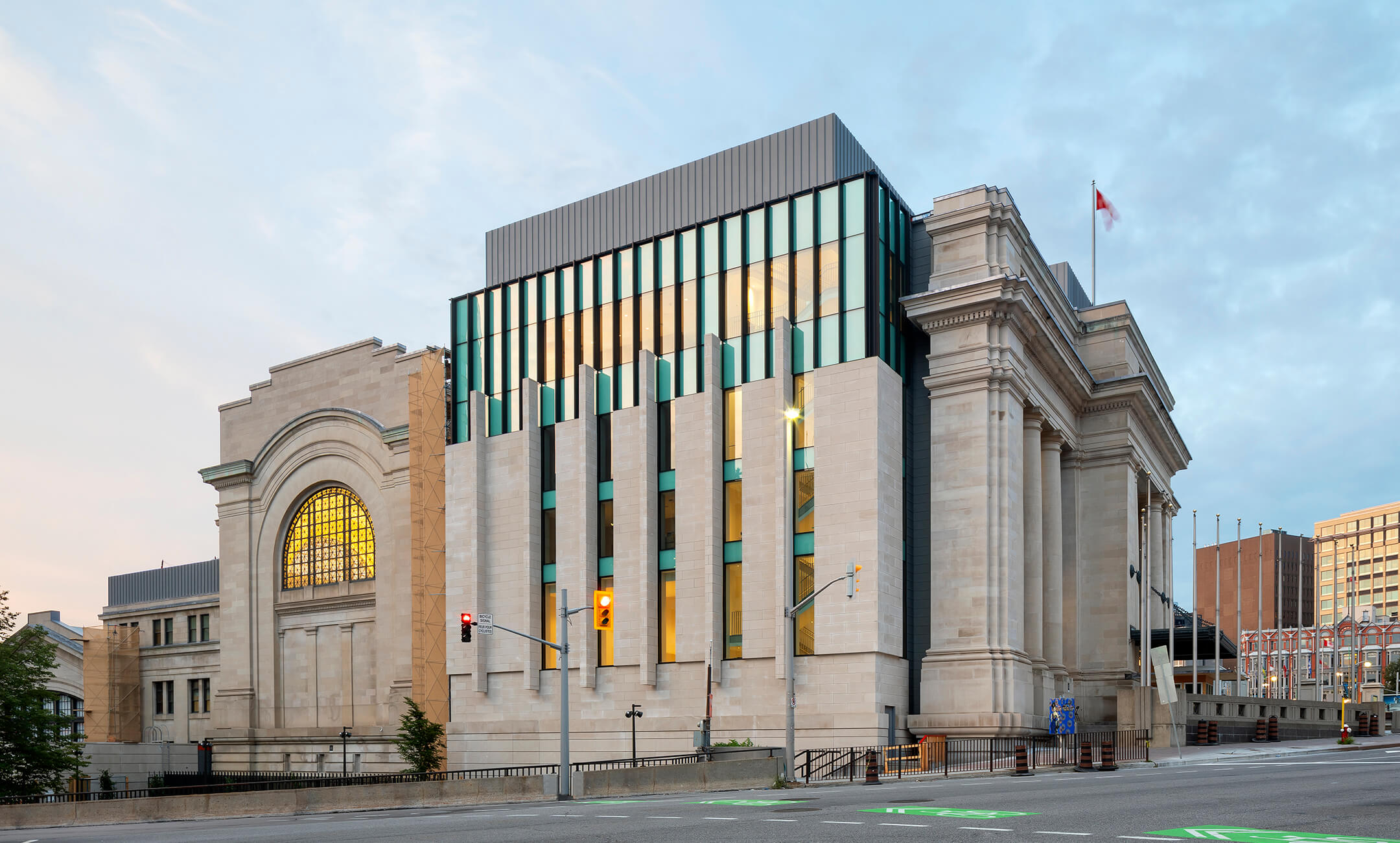 Diamond Schmitt Architects and KWC Architects in joint venture have won an Ottawa Urban Design Award for the the restoration and reinterpretation of the city's former train station as interim home to the Senate of Canada.

This landmark building from 1912 is open to the public again for the first time in 50 years after its initial repurposing as the Government Conference Centre.

The design introduces a contemporary language of interventions and insertions within the monumental and finely detailed General Waiting Room and Concourse. On the exterior, the long neglected blank east facade is now reimagined as a modern interpretation of the building’s stone-columned, Beaux-Arts facade.

“This project provided a remarkable opportunity to investigate and engage in a range of design innovations to introduce a new program in a heritage building, to represent and raise the profile of the Senate’s role in Parliament, and to convey Canadian identity through contemporary interpretations of national symbols and iconography,” said Martin Davidson, principal, Diamond Schmitt Architects.