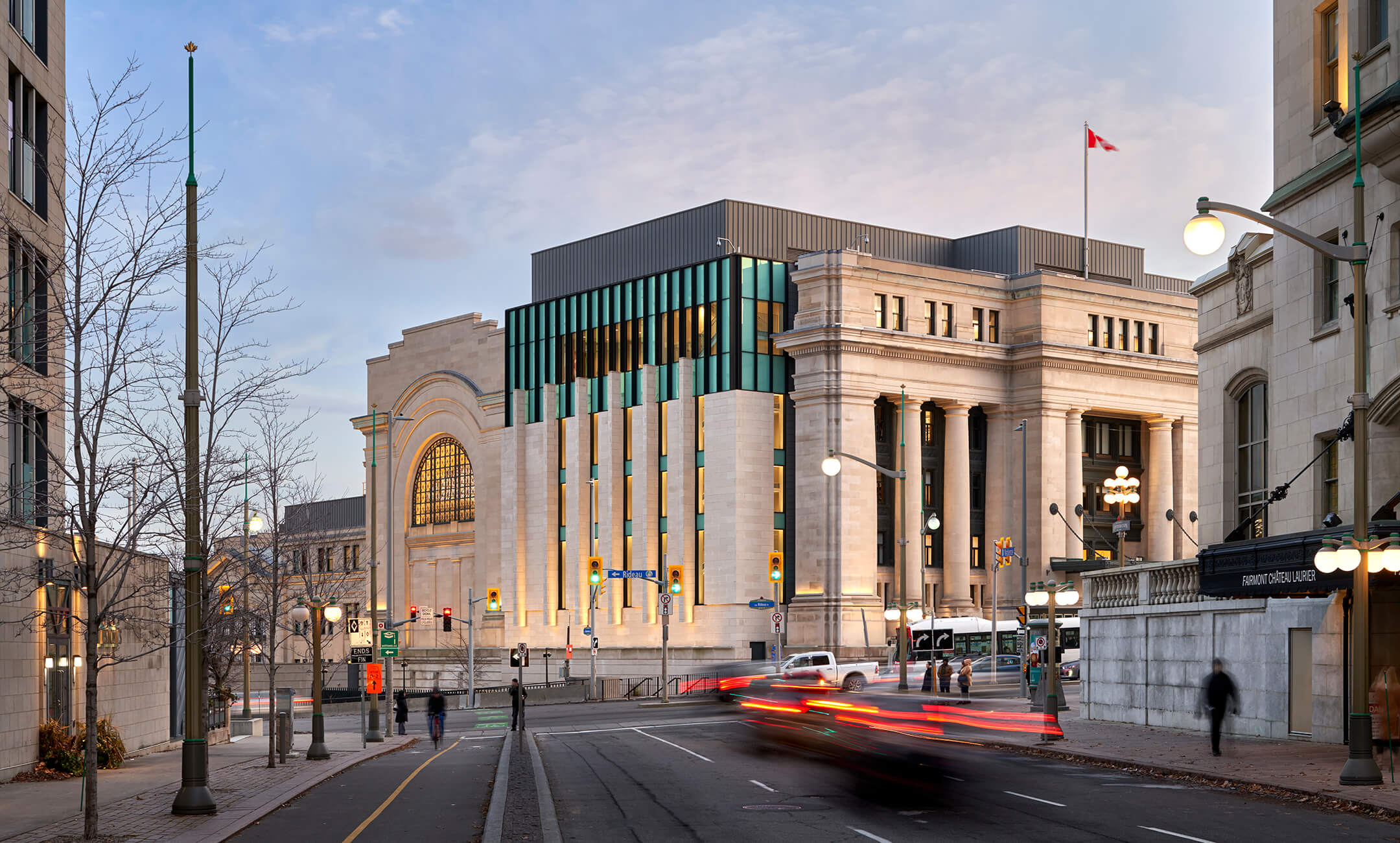 TORONTO - Diamond Schmitt in joint venture with KWC Architects has won a 2021 International Architecture Award® for its design of the Senate of Canada Building in Ottawa, Ontario, Canada. The award will be presented on Friday, September 10 by The Chicago Athenaeum: Museum of Architecture and Design and The European Centre for Architecture Art Design and Urban Studies, at an awards ceremony near the Acropolis in Athens, Greece. On the same day, the presenting partners will open a special exhibition, "The City and the World," at The Contemporary Space Athens. Diamond Schmitt's winning project will be featured in this exhibition.

The Senate of Canada Building received top honours in the Government Buildings category. It was among 130 projects chosen for the 2021 International Architecture Awards from the final shortlist of 450 projects presented to an international jury composed of distinguished architects, designers, critics and educators. Diamond Schmitt transformed one of Ottawa's most important cultural and historic landmarks, the former Union train station, into a home for the Senate of Canada.

The project, completed in 2019, presented a challenging set of opportunities: restore the historic Beaux Arts train station; upgrade the facility into a modern, secure 21st-century building and give voice to a narrative of Canadian culture and identity through craft. In realizing these opportunities, the project embraces innovative and inclusive/collaborative approaches to craftsmanship and fabrication, invokes a contemporary approach to new interventions, and both complements and juxtaposes the character-defining elements of the original building.

The architectural precedents included the Gothic language of the existing Parliament Buildings and the Beaux-Arts Classicism of the existing train station. In reconciling all these factors new approaches to techniques, technologies, fabrication, craft, procurement and implementation were employed in realizing the final result. These innovations stretched from the deployment for the first time in North America of new technologies to save and consolidate the extraordinary plaster ceilings of the General Waiting Room and Concourse to the introduction of thin Kevlar bands to provide structural reinforcement to existing steel beams.

"We are thrilled that our design of the Senate of Canada Building has received an International Architecture Award from the European Centre and The Chicago Atheneum. It's especially wonderful when Canadian excellence is recognized globally by our peers," says Don Schmitt, Principal at Diamond Schmitt.

Diamond Schmitt is a global architecture firm delivering design that empowers people, communities and organizations to harness change for the greater public good. The firm employs a collaborative working process to create architecture known for its high performance and careful craftsmanship. The firms designs include innovative, highly sustainable public assembly, performing arts and civic buildings, including the new Senate of Canada Building and the National Arts Centre in Ottawa; Buddy Holly Hall of Performing Arts and Sciences in Lubbock, Texas; and Mariinsky II in St. Petersburg, Russia. Each has received widespread recognition while advancing community interests within the public realm. With offices in Toronto, New York and Vancouver, Diamond Schmitt is currently leading the net-zero design for the Ottawa Public Library - Library and Archives Canada Joint Facility, and David Geffen Hall in New York City's Lincoln Center for the Performing Arts. For more information, please visit: www.dsai.ca.

The Chicago Athenaeum (www.chi-athenaeum.org) is a global nonprofit education and research institute supported by its members. Its mission is to provide public education about the significance of architecture and design and how those disciplines can have a positive effect on the human environment.

The European Centre for Architecture Art Design and Urban Studies (www.europeanarch.eu) is dedicated to public education concerning all aspects of the built environment - from entire cities to individual buildings - including the philosophical issues of arts and culture that ultimately give the final shape to design. A high emphasis exists on contemporary values and aesthetics, conservation and sustainability, and the theoretical exploration and advancement of art and design as the highest expression of culture and urbanism.