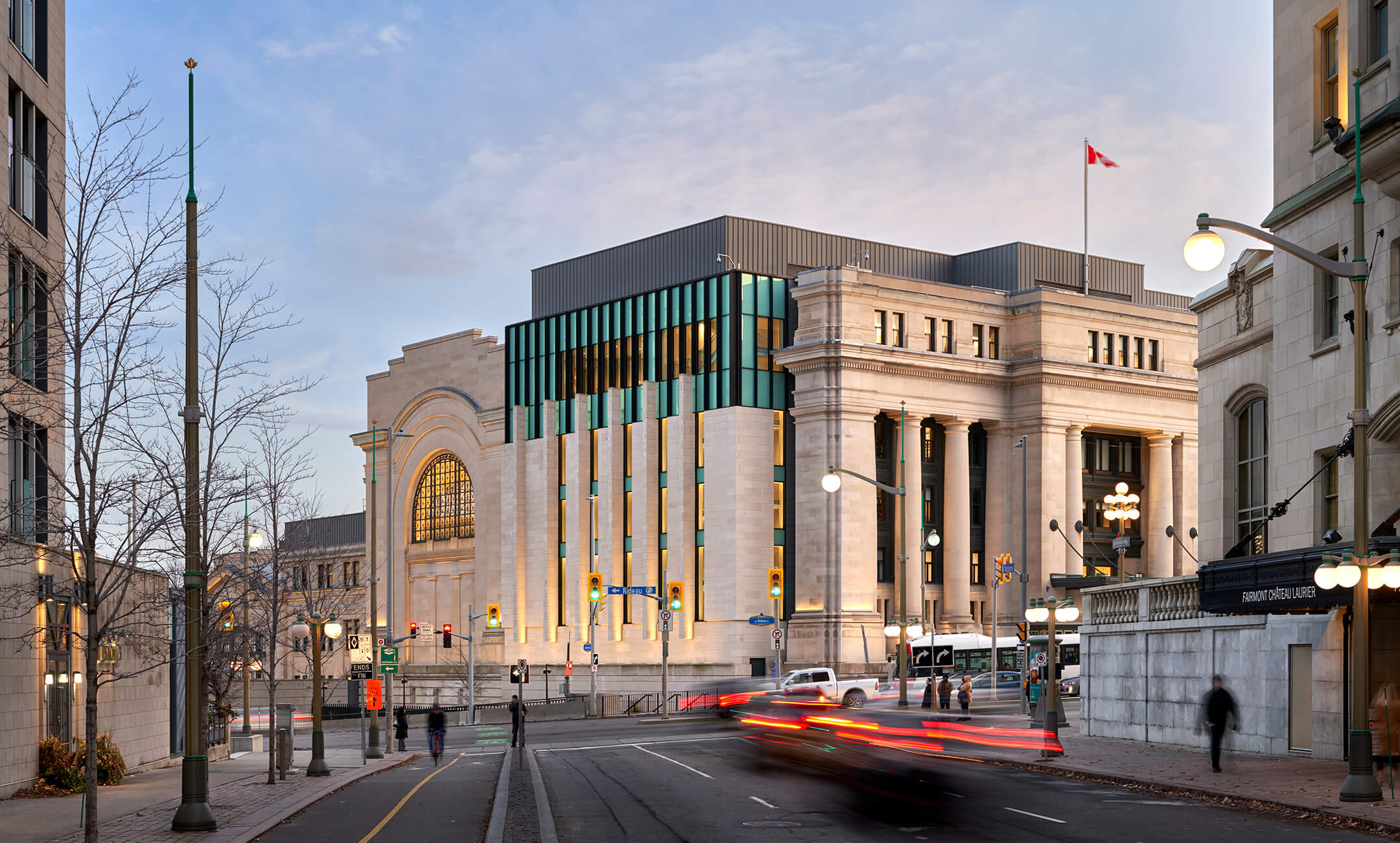 TORONTO – For the third year in a row, Diamond Schmitt Architects will be recognized with a Civic Trust Award in 2020. Europe’s longest-running awards program for the built environment selected The Senate of Canada Building in Ottawa for demonstrating excellence in architecture, sustainability, inclusiveness and universal design. Sharing the honour is KWC Architects of Ottawa.

The Senate of Canada Building opened in 2019 as the interim home to the upper house of Parliament while Centre Block is refurbished. Ottawa’s landmark Beaux-Arts central train station (1912) is restored, renewed and reimagined to accommodate the Senate with a modern architectural language that both complements and contrasts the celebrated features of the original building.

Formerly the Government Conference Centre, the building required a complete overhaul of major building systems as well as compliance with seismic codes, accessibility, and life safety upgrades. Two committee rooms have been inserted into the monumental and finely detailed General Waiting Room while the Concourse now houses the Senate chamber. Offices and public space are added to a building that has largely been off limits to the public for 50 years.

On the exterior, the long neglected blank east facade is now reimagined as a modern interpretation of the building’s stone-columned west facade. The entry forecourt is enlivened by the addition of The Famous Five, a sculpture celebrating the suffragette movement.

“This project provided a remarkable opportunity to investigate and engage in a range of design innovations to introduce a new program in a historic building, and to convey Canadian identity through contemporary interpretations of landscape and iconography,” said Martin Davidson, principal, Diamond Schmitt Architects.

The Civic Trust also rewards projects that offer a positive cultural, social, economic or environmental benefit to their local communities. When the Senate returns to Parliament Hill in ten or more years, the building is designed to accommodate conference and office use, securing the future of a legendary building in the heart of the nation’s capital.