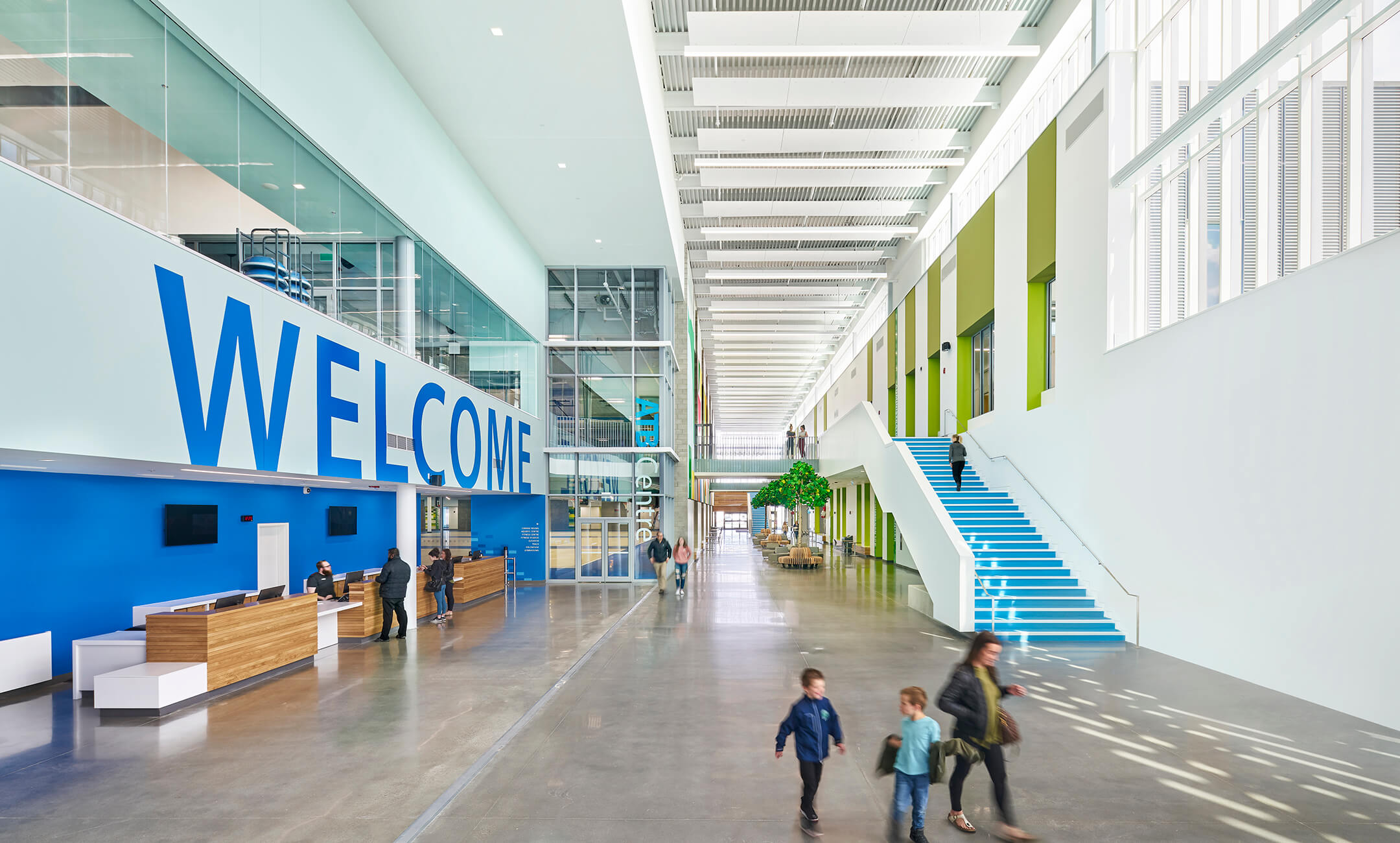 Toronto – The Cor Van Raay YMCA has opened at ATB Centre in Lethbridge, Alberta. This large recreational facility designed by Diamond Schmitt Architects provides the community with a comprehensive range of services and amenities, including some that were previously unavailable in the region.

An architecture of integration allows for connection and transparency throughout the 240,000-sq-ft YMCA. An expansive central lobby unites different activity areas including a six-gym field house, children’s program areas, and the aquatics facility.

“The design intent was to create a community destination, one that is welcoming to all, with a wealth of amenity,” said Jarle Lovlin, principal, Diamond Schmitt.

The fitness area overlooks the aquatics centre in the two-storey structure. There is a multi-sport field house, gymnasiums, an indoor track, multi-purpose rooms and physiotherapy and restaurant space. Children’s amenities include a licensed daycare, child minding, youth room and indoor playground. Program areas provide views of the prairies and peaks of the Rocky Mountains on the horizon.

This $110–million project is Phase 2 of the ATB Centre and connects with Phase 1 which has two NHL-sized ice surfaces and a ten-sheet curling facility. A robust material palette is employed to stand the test of time. In the opening few weeks, the Y has seen more than 65,000 visitors.

Diamond Schmitt has completed numerous recreational facilities and has two YMCA projects under construction currently, at SmartCentres Place at Vaughan Metropolitan Centre, and Waterworks, a mixed-use building in downtown Toronto.