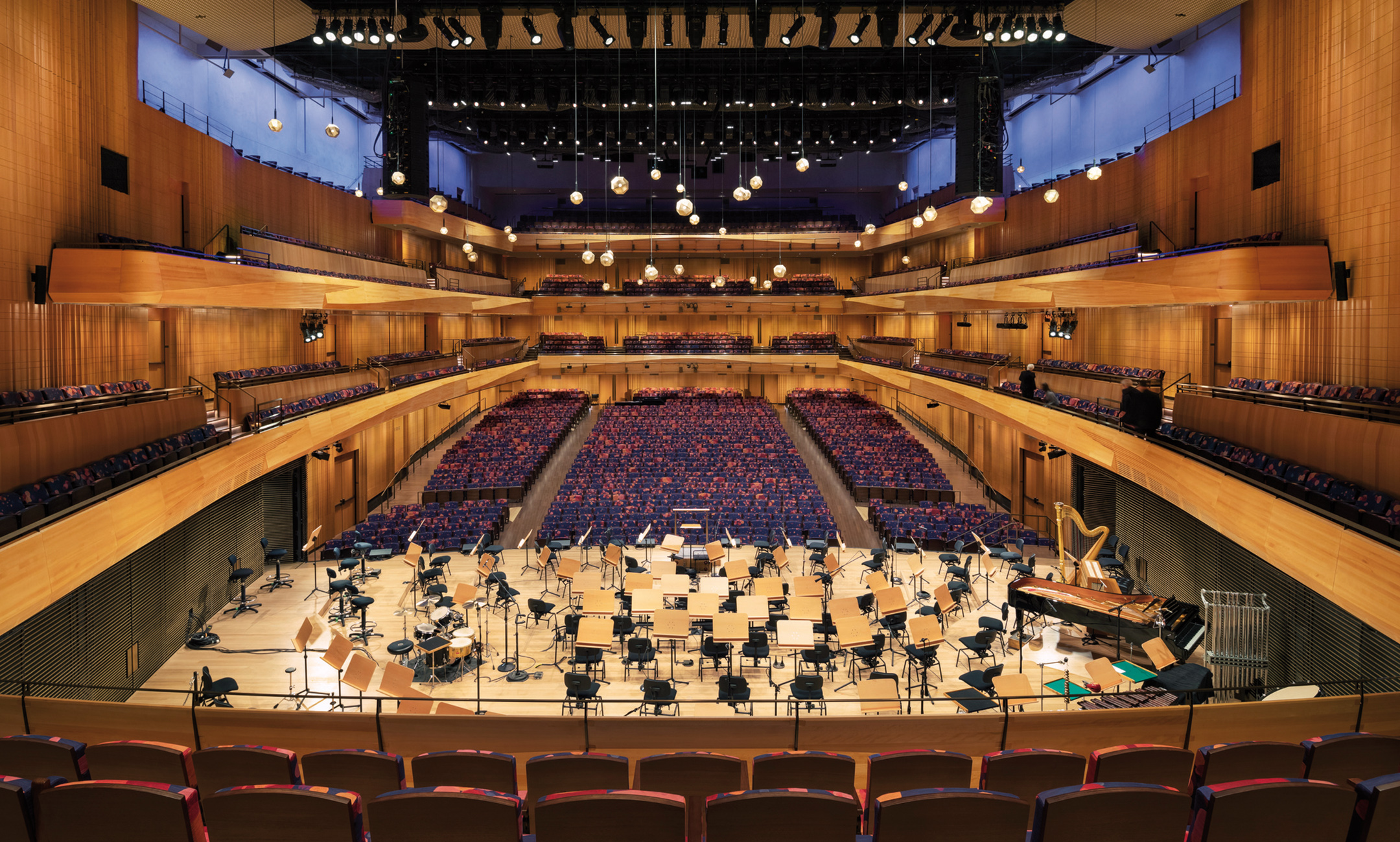 Diamond Schmitt's design of David Geffen Hall is featured in an article by James S. Russell for Architectural Record.

After several false starts, a gift in 2015 from the entertainment mogul David Geffen, followed by the arrival of a new leader for the Philharmonic, Deborah Borda—who had brought Frank Gehry’s Walt Disney Hall to fruition—sparked an act of great faith: raising $550 million to attempt another transformative overhaul. The clients teamed Diamond Schmitt, experienced in opera and concert hall design in Montreal; Saint Petersburg, Russia; and the firm’s hometown, Toronto, with Akustiks, a Norwalk, Connecticut, sound consultant that had worked on halls in Nashville, St. Paul, and Cincinnati. (An earlier design, in which Diamond Schmitt had been paired with Thomas Heatherwick, was canceled in 2017 due to a ballooning budget.)

The clients and design team united behind a rethink of the auditorium that would connect with audiences through a visceral, immersive sound and architectural experience—one that would appeal to the Philharmonic’s core fans while broadening its reach with performances that shatter the limits of traditional classical-music programming. In this way, says Diamond Schmitt principal in charge Gary McCluskie, “the live event produces engagement that comes to the fore.”

Though it was built within the steel frame and concrete-block perimeter of the 1962 hall, the long-sought intimacy that successfully transforms the experience comes from moving the stage 25 feet into the orchestra-level seating and reducing the overall audience count by 500, to 2,200.

A low-ceilinged proscenium that trapped sound has been demolished to achieve the sense of a “single room” that performers and concertgoers share, McCluskie says. Now the side seats of two of the hall’s three tiers curve gently inward to frame the stage, forming the “shallow vineyard” that the architect and acoustical consultant envisioned (see “Acoustic Redux,” below). These seats offer musical immersion and close views of the players. Seven rows of seats behind the stage allow those ticket-holders to face the conductor, or they can contain a chorus.

The beechwood panels that wrap the room “are a unifying visual element,” says McCluskie, and among several strategies intended to reduce the formality of the Johnson design. While the original Philharmonic Hall was conceived as a temple for natural sound, the clients recognized that Geffen had to be far more versatile, so it can support film and amplified performances. The stage—and the seating area behind it—can take on numerous configurations to suit various programs.

Early performances put both the sound and the advanced video and lighting to the test. Reviews have been positive, if cautious, with most critics describing a new wealth of instrumental intensity, detail, color, and timbre. Selections that mixed the orchestra with video and a partly amplified jazz septet, as well as a performance in which an amplified vocal ensemble led the orchestra, showed that acoustic and enhanced performers could successfully coexist. As for unamplified sound, the New York Times music critic Zachary Woolfe found the hall “mightily improved,” though he feared it was marred by “an objective, almost clinical feeling.” He did note that the sound was consistently balanced throughout the space (a rarity even in the best halls), whether in the rear balconies, where the hall’s resonance most noticeably kicks in, or at the sides, from the newly created seats around the stage.