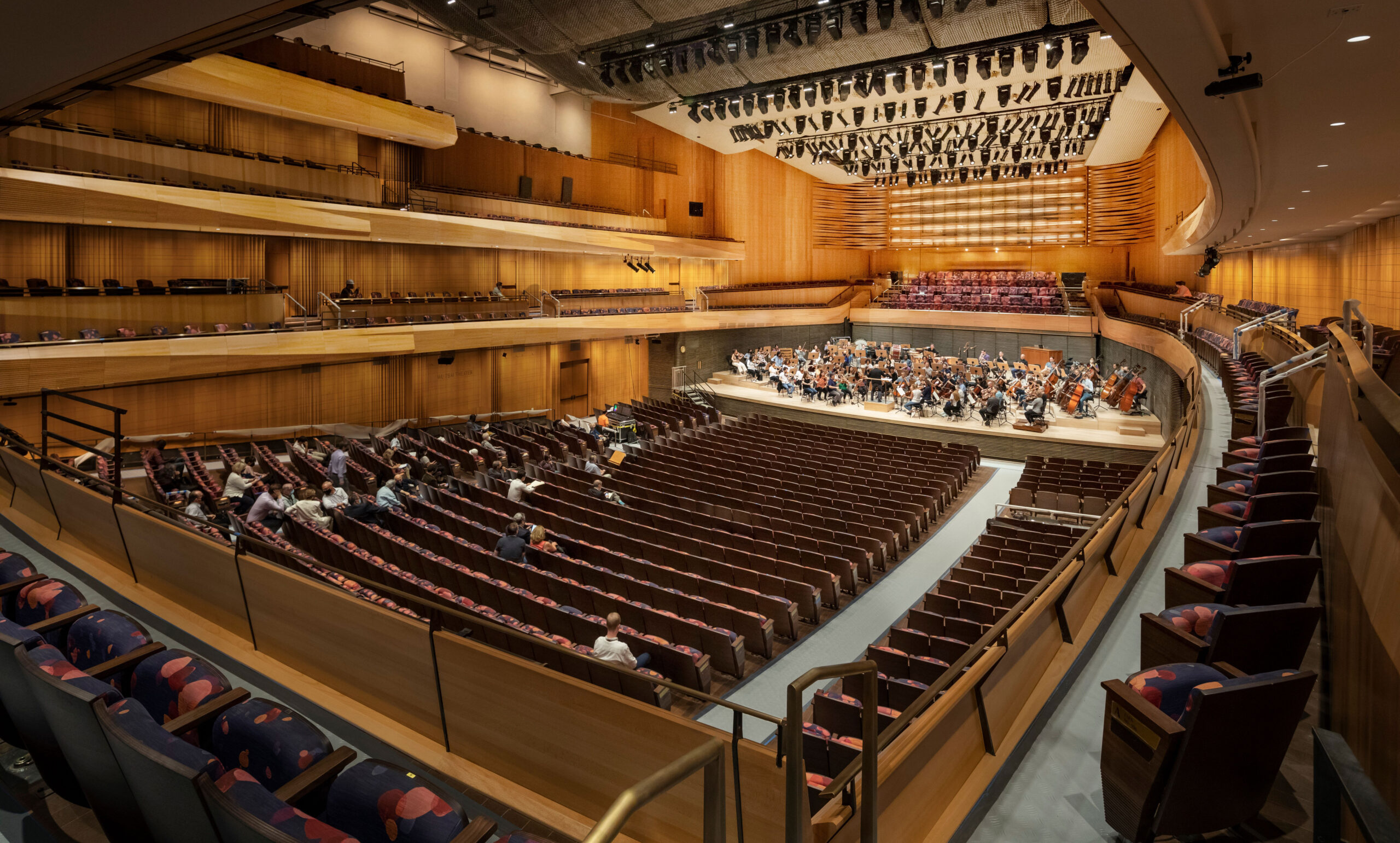 Diamond Schmitt's design of David Geffen Hall is featured in an article by James Tarmy in Bloomberg.

On Oct. 8, the public will get its first interior glimpse of renovated David Geffen Hall at Lincoln Center, the result of a whirlwind construction project that was decades in the making but finished two years early and on budget.

Long considered one of the world’s most unpleasant halls for both audiences and musicians, this concert space is unrecognizable. Not only is the space smaller—capacity has been reduced from 2,738 seats to 2,200—it’s more dynamic. The stage has been moved forward into the auditorium by 25 feet, allowing for a small cluster of seats (often known as a “vineyard” configuration) behind the musicians.

More impressive, the walls are now covered in undulating, molded beech that suggests sound waves. The seats, which in photographs threaten to evoke the sense of a Greyhound bus interior, are lovely when experienced in person. Their pattern is reminiscent of falling petals (a motif used variously in the public spaces), and the material may remind you of raw silk.

Everything in the building, from door handles to floorboards to railings, feels reassuringly solid. Unlike other recent concert hall work in New York, the project’s $550 million price tag does not seem a mystery after a tour.

The real test will come on Saturday, Oct. 8, when an audience takes its seats to watch the New York Philharmonic strikes up its first public chords in its new, old home.