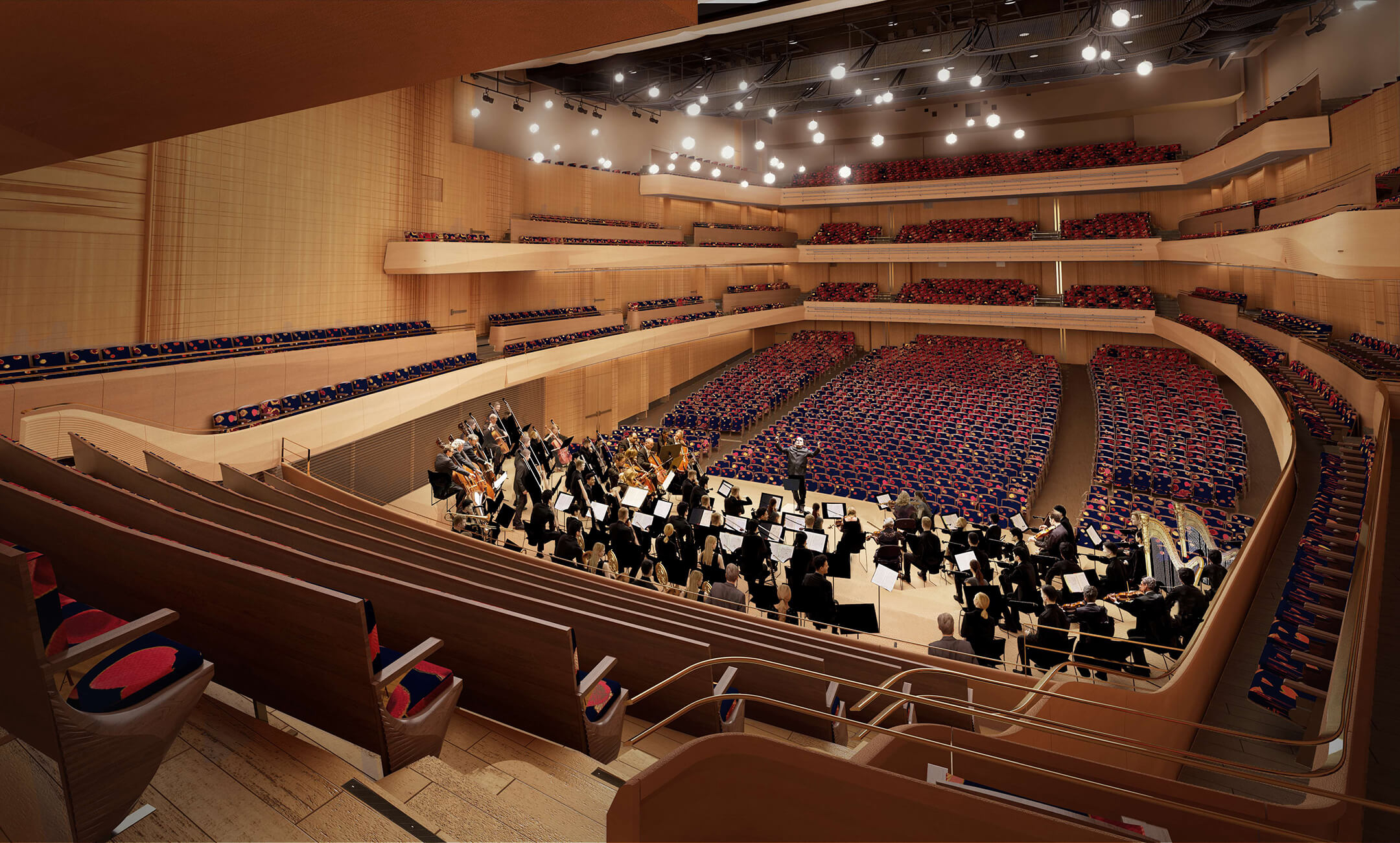 Katherine Farley, Chair of Lincoln Center for the Performing Arts, commented: “The goal of accelerating this project is to invest in New York City at a time when we all have a part to play in its recovery. I want to pay tribute to the many people who have supported bringing this effort forward. In doing so, we are creating not just one of the world’s best cultural venues, but a space that welcomes our broader community.”

Peter W. May, Board Co-Chairman of the New York Philharmonic, commented: “Supporting the arts takes on a new, deeper meaning at this moment in history. It has been a long road to securing an advanced, cutting-edge home for the New York Philharmonic; New York’s hometown orchestra deserves the best. With its new design incorporating true warmth and beauty, this Hall will serve generations to come.”