New York Magazine: The new Geffen Hall is here. How does it sound? 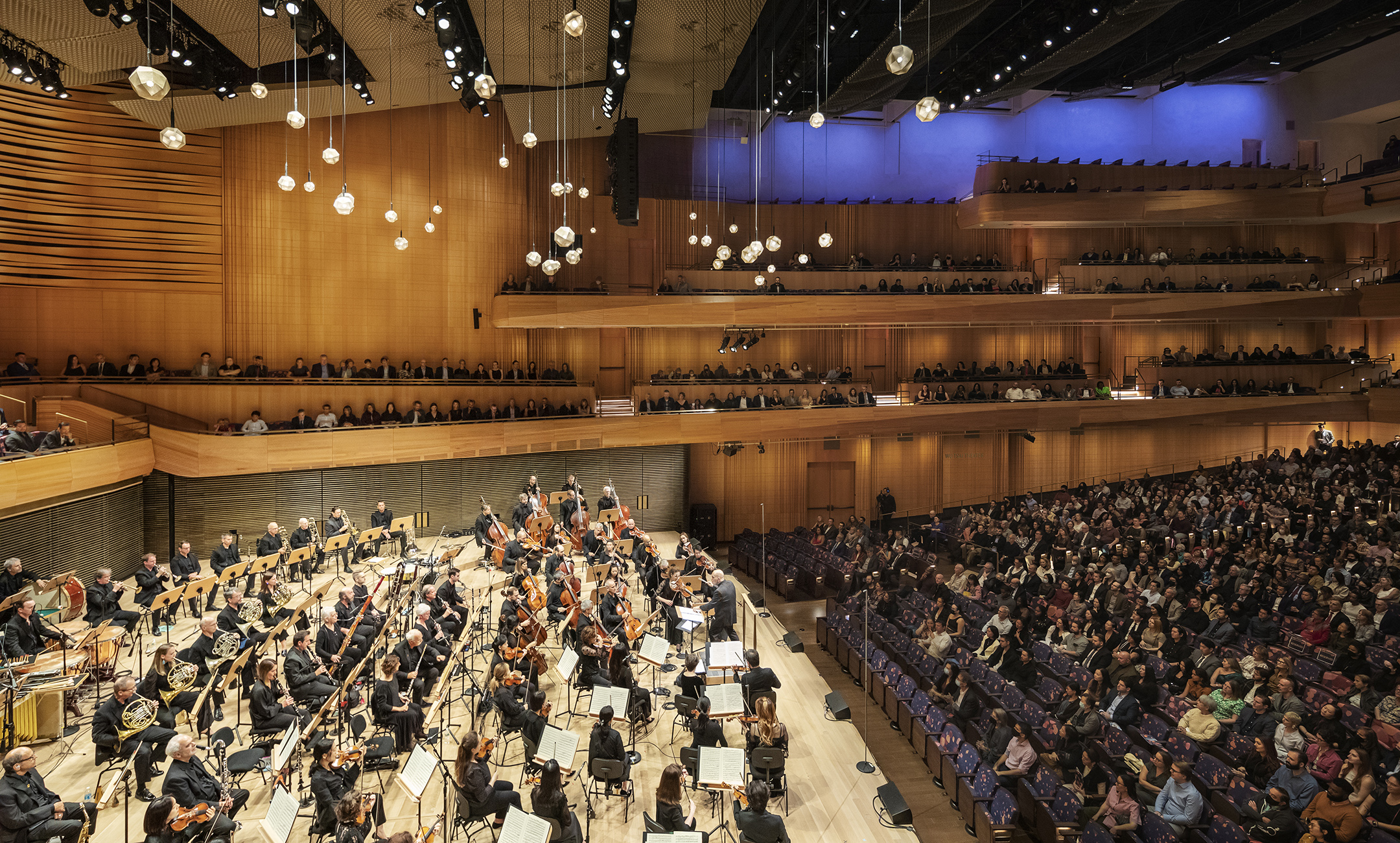 Diamond Schmitt's design of David Geffen Hall is featured in an article by Justin Davidson for New York Magazine.

Sixty years after the grandly disappointing opening of Philharmonic Hall, 50 since it was first overhauled in a failed attempt to improve the acoustics, 30 since the second stab at fixing what was by then Avery Fisher Hall (another failure), and 18 since the planning began for a third go, the New York Philharmonic’s home, now David Geffen Hall, has finally reopened. This time around, there were no half or even three-quarter measures: The structure has had its insides scooped out and a fresh set reinstalled, packing an almost entirely new building around its skeleton and inside its shell. This afternoon, opening day, first-timers and listeners who remembered its old sound — brash and overbearing in some spots, muffled and distant in others — came primed to judge the acoustics. Did the complicated box of the auditorium allow the orchestra’s layers to remain distinct yet also bound in a colorful tapestry of sound? Did the music enfold audiences rather than blare at them from afar?

Entering the auditorium is like revisiting a city you knew in childhood and discovering that nothing is quite as you remember. The colors are brighter, the lines more sinuous yet also sharper. Distances that once seemed endless have contracted. You go through a door that didn’t used to exist and find people milling around areas that had once been mysterious and abandoned. The stage has moved 25 feet forward, shortening the distance to the farthest seats, and the first-tier balcony now envelops the stage, so that audience members can sit behind the double basses, as if they had joined the ensemble.

These flourishes are engineered to flatter the sounds emanating from the stage. Paul Scarbrough, the acoustician, laid down the rules and had the final word: If a proposal deflected from the pursuit of the perfect sound, it was out. And so the wood-covered walls wrinkle and fold, as if a wave moving across through the room had been trapped mid-shudder. Balconies curve and dip like ripples on a lake.

The stage is divided into segments that can be separately raised or lowered at the touch of a button, so the Philharmonic can produce multilevel theatrical productions without having to erect temporary scaffolding at exorbitant cost. Different-size ensembles get different amounts of real estate, and the separation between audience and performers can be adjusted. Seats are slightly offset from row to row so you can even see past the tall man with the big hair. A wall of bentwood slats disguises a bank of speakers, the electronic substitute for a real pipe organ. (The hall had one, but lost it in 1976.) Before each concert, a swarm of LED firefly lights descend from the ceiling, do a little dance, then ascend into the rafters and go out. At the opening concert, the move prompted the auditorium’s first bout of applause. But that’s as flamboyant as the auditorium gets. Diamond Schmitt, a Canadian firm that values pragmatism over revolution, threaded the design with class and politesse, unwilling to distract from the show.

Even so, all this restraint yields a stealth countercultural artifact, designed to receive the energy produced by the passage of air from a player’s lungs through a tube, the vibration of horsehair on string, the impact of felt on steel and skin. Our sound world is as permeated by machinery and amplification as our visual field is by electric light. Every preacher, subway busker, politician, tour guide, and Broadway actor uses a microphone; virtually every note of music we hear, whether via earbuds or in a stadium, comes to us as an electronic packet. Our homes ding, buzz, beep, and blurt. You have to get pretty far from civilization before the hubbub of chainsaws, lawnmowers, car horns, helicopters, and airplanes fades away. Amid all this power-boosted din, the concert hall is a natural-sound preserve. That doesn’t make it a quiet place. An orchestra at full churn is loud, producing wave on wave swirling off the walls and juddering through the body, making the act of listening a multisensory experience. Over time, Geffen Hall will be judged by the nuances of this tumult: how well the ear can distinguish its elements, the balance of bass and treble or winds and strings, the vividness of a crescendo. Equally crucial is the quality of quiet.