The New Yorker: The Science and Emotions of Lincoln Center’s New Sound 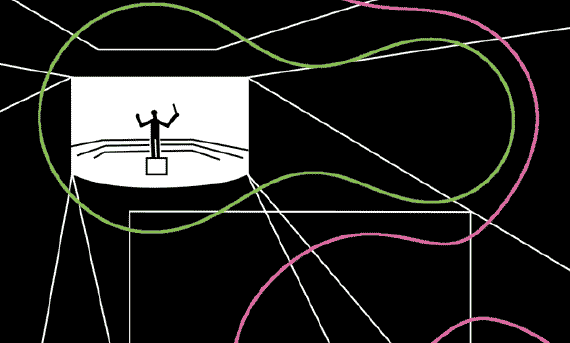 Diamond Schmitt's design of David Geffen Hall is featured in an article by Rivka Galchen for The New Yorker.

In 2015, David Geffen gave a hundred million dollars toward another renovation, and the hall was renamed for him. Eventually, the firms Diamond Schmitt and Tod Williams Billie Tsien Architects were hired to renovate the hall and to redesign the public spaces, the consultants Fisher Dachs were contracted to handle the theatrical-design aspects, and the acoustical-engineering firm Akustiks was brought in to solve the sound. The hall was expected to be completed in 2024.

“Lincoln Center is where acoustician careers go to die,” Christopher Blair, of Akustiks, told me, looking pleased. I was visiting him and Paul Scarbrough, two of the principals of the company, at their office, a modest space situated above O’Neill’s Irish Pub & Restaurant, in Norwalk, Connecticut. (Scarbrough and Blair helped the bar redesign its acoustics, of course.) We were in a bright conference room. Blair, who is seventy-two, was wearing a blue gingham shirt and a navy cardigan; Scarbrough, sixty, was drinking tea from a California State Railroad Museum mug.

When I first spoke with Blair and Scarbrough, in November, 2021, many decisions had already been made. Geffen is a shoebox, and it would stay that way. But the orchestra had been moved forward twenty-five feet. Scarbrough said, “Before renovation, almost thirty per cent of the seats were more than a hundred feet away from the orchestra. Now nine per cent of the seats are.” This wasn’t just about sound—it was about the feeling of closeness, and how that affects one’s experience of music. The seating capacity had been reduced from more than twenty-seven hundred to twenty-two hundred. Scarbrough and Blair said that one reason for the disappointing acoustics of Philharmonic Hall had been the initial failure of the board and the architects to listen to acousticians’ advice. The original acousticians were led by Leo Beranek, who died in 2016, at the age of a hundred and two. Beranek did much important research in the field, including on the acoustics in jet planes, where pilots’ voices were drowned out by excessive noise from the engine. He also designed the acoustics of the United Nations General Assembly Hall, in New York. “It really wasn’t his fault!” Blair said, of Philharmonic Hall’s sound. “They added more seats without even consulting him, and it destroyed him.”

Propped against the wall of the conference room where we were sitting was a piece of buttery-looking rippled beechwood, which resembled an old radiator. Scarbrough explained that it was a sample piece of panelling for the hall’s interior: “We gave Gary”—Gary McCluskie, the head architect for Diamond Schmitt—“the percentage of wall surface we needed flat versus articulated. Those numbers were based on studies of historic halls in Europe. They came up with this modified sine curve.” (The architects had also considered oak, but found its lines to be too visually noisy.) “Beechwood was a challenge, because wood is organic, it expands and contracts,” Scarbrough said. “We had the woodworkers give us exact measurements of how big a panel could be so that the wood wouldn’t get cracks. But it was worth it for the emotion of the wood.”

The architect Gary McCluskie—tall, thin, and stylishly dressed, like an architect—took me on a couple of hard-hat tours of the hall while the renovation was in process. McCluskie’s team has also designed concert halls in Montreal and St. Petersburg. “The hall is itself an instrument, right?” he said. “It’s made of wood.” McCluskie showed me how the floor had been reraked—increasing the slant from four degrees to seven degrees—to provide better sight lines and to avoid the music running into the flat wall of the audience. The side tiers now had seats that angled toward the stage, as if embracing it. He explained that the stage would have risers and platforms that could be rearranged, depending on how the musicians might use the space, and on whether a performance would include a chorus.

We were looking out at walls of plastic sheeting; something enormous was being hoisted up above the stage so that adjustable absorptive banners of wool serge could be installed. “One thing that’s really interesting to me is the psychoacoustics,” McCluskie said. “Restaurateurs know about this, of course—that the presentation of food affects the way it tastes.” The architects had to make the space warm and welcoming, so that the audience would feel connected to the musicians. For that reason, McCluskie had pushed for the reraking of the floor. “It’s just three degrees difference, but it really affects the sense of closeness to the musicians,” he said. The architects also changed the way that the audience circulates through the building. “With the old hall, it was difficult to even find the entrance, unless you already knew where it was,” McCluskie said. They wanted the hall to feel welcoming to everyone, not only to those people who were—in whatever way—in the know.

It’s the same hall—the same box—but it’s also a near-total transformation. The ceiling is relatively untouched, saving time and money, but it will be experienced differently. “It wasn’t adding anything to the old hall,” McCluskie said. It was simply a dark vault. His team designed a “sound-transparent” mesh to overlay the ceiling: a hand-bent steel grid, with a clover pattern, that catches the light. The seats are upholstered in a fabric with a fallen-petals pattern, a visual echo of the trees visible through the now mostly glass front of the building. “When the fabric for the seats first arrived, it was the wrong thickness—we were in a total panic,” McCluskie said. Seating is a major source of sabins—of sound absorption. “But it turned out the samples they sent just didn’t have the proper backing on them.”