The Telegraph: David Geffen Hall, review: So, that’s what $550M buys you in NY 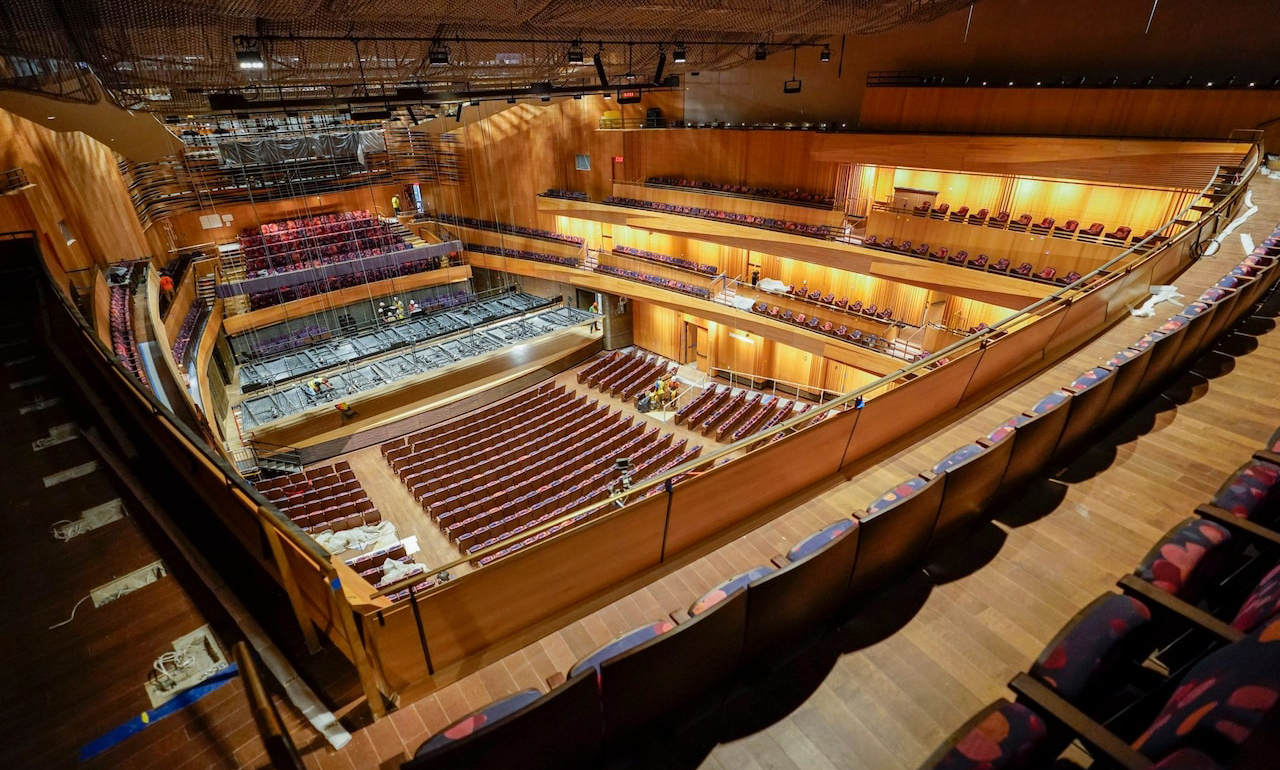 Diamond Schmitt's design of David Geffen Hall is featured in an article by Nicholas Kenyon for The Telegraph.

Philharmonic Hall opened in 1962, the first venue to appear at Lincoln Center, and it has been a problem ever since. As the home of the New York Philharmonic, it needed to get the acoustics right for orchestral music, and it failed. The acoustician Leo Beranek blamed first the architect for squeezing too many seats into the hall, and then Leonard Bernstein for making the orchestra play too loud. Continual efforts to solve the problems led to several major revamps of the hall over the years, but they did not succeed. Some good experiments with layout were tried by Pierre Boulez with his in formal Rug Concerts, and more recently by Jane Moss for the Mostly Mozart Festival, but weren’t followed up.

Various plans were conceived, including one Norman Foster scheme, and a much more ambitious (and hugely expensive) one by Thomas Heatherwick. But while an imaginative renovation of the whole Lincoln Center complex by architects Diller Scofidio + Renfro was achieved, the concert hall plans stalled.

So, when the manager Deborah Borda arrived back at the New York Philharmonic as CEO in 2017, having previously run the orchestra in the 1990s and after that having successfully completed the Frank Gehry-designed Walt Disney Concert Hall in Los Angeles, her first drastic move was to cancel the Heatherwick scheme. She determined to collaborate with Lincoln Center’s new British president Henry Timms to create a reimagined hall at a more realistic cost. (Mind you, in New York that means $550 million.) Astonishingly, here it is, now renamed for donor David Geffen who gave $100million, opening two years earlier than planned, and on budget.

By any measure, it is a phenomenal achievement, its super-efficient timing one of the few things for which we can thank the pandemic, when the hall had to be closed and 700 construction workers a day could work on it. The approach of architects Diamond Schmitt and Tod Williams Billie Tsien Partners is not radical. There are no changes to the rather elegant and transparent external facades of the hall. But inside, clutter has been swept away, escalators moved, spaces opened out, and there is immediately a newly welcoming feel to the entrance area with its wide open door and 50ft video wall.

The capacity has been reduced from a daunting 2,738 to a manageable 2,200, moving the stage forward by 25 feet so that all seats feel closer to the musicians. There is space for audience behind the stage. The floor of the stalls is raked so that sightlines are good. The elegantly curved surround is all wood; the seats are coloured and comfortable. There is one gimmick: a set of twinkly lights like fireflies above the stage, which flutter up and down as the show begins, in a parody of the chandeliers in the Metropolitan Opera House next door.

You might argue with the foyer decorations, and say that the reimagining of Geffen Hall is not the revolution that it might have been, turning the layout of the hall on its side or digging it deep into the ground. But it is stylish, effective, and harmonious with the rest of the period piece that is Lincoln Center. And it has actually been built. Given that Carnegie Hall was saved from the wrecking ball, and still flourishes, New York now has two world-class halls for symphonic and other music. London should be so lucky.