New York Magazine: What it takes to give Geffen Hall a new sound 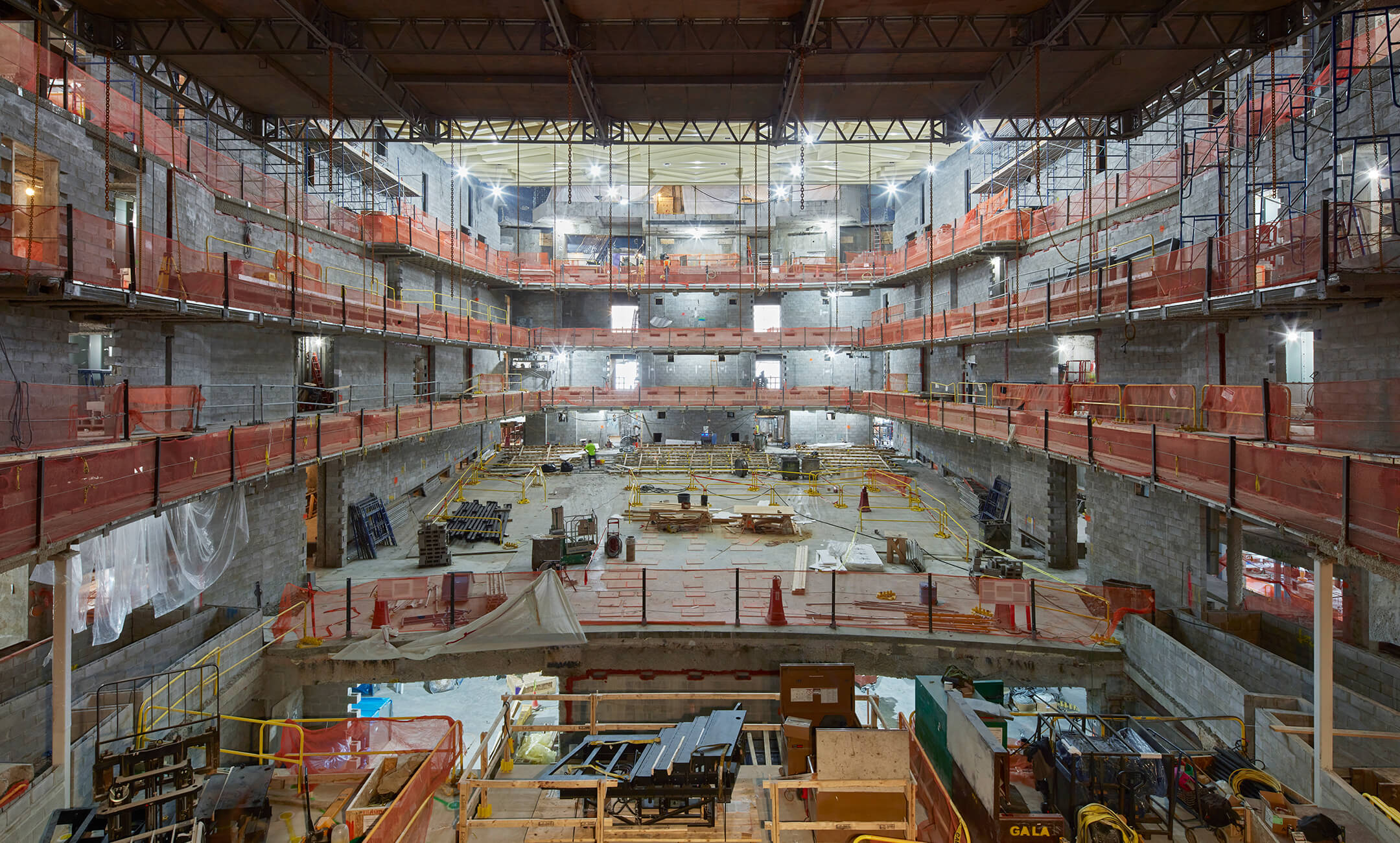 "When I first stepped into the void of Geffen Hall in mid-construction, a year or so before next fall's reopening night, I had the impression of a room that had been stripped to bare concrete. On closer inspection, virtually every component I could see was new: the stage jutting out into the room with a high-ceilinged shell above, the risers and lifts to arrange performers in various configurations, the balcony snaking behind the musicians, even the raked floor of the auditorium's orchestra level. Only the chevron-patterned ceiling remained from the old, pre-Geffen days of Avery Fisher Hall, though even that will eventually be hidden by a cloud of metal mesh. All these elements add up to a $550 million gamble that, after decades of disappointment and making do, the next iteration of a troubled room will be acoustically superb.

A perfect concert hall is meant to flatter a musical performance like a well-tailored suit. If the architecture is doing its job, the strings are swaddled in warm, forgiving cashmere, the brass glistens and blends without sounding garish, and the amalgam of 100 simultaneous blurts, scrapes, taps, and pluckings reaches even the most distant ears as a pleasing sonic package."