Since 1925, Memorial Hall has honoured Marlburians, who lost their lives in the World Wars. An iconic building on the campus of Marlborough College in the UK, it commemorates nearly 1000 fallen soldiers. Their engraved names appear in the vestibules, and on the curved wall of its auditorium, where, over the years, this heritage-listed Hall had also staged artistic performances by generations of Marlburians. However, a century of use had deteriorated the condition of the building, in 2018 calling for improvements to its acoustics capabilities as well as a complete overhaul of its architectural elements, structural, mechanical, and electrical systems.

The Hall’s 600 raked-seat auditorium—an enclosed classical amphitheatre—is a perfect semi-circle with a thrust stage at its centre. To overcome the acoustical challenges caused by the geometric configuration, a customized system of variable and fixed acoustical reflectors, positioned above the stage, has been designed to disperse sound throughout the Hall effectively. The renewed venue, a world-class performing arts facility, has been equipped with refurbished building systems as well as a new foyer, increased capacity, a widened proscenium, improved sightlines, an enlarged stage, and new dressing rooms.

Today, architecturally conserved-yet-enhanced, Memorial Hall is a place for somber reflection, and home to a wide range of activities including school assemblies and artistic performances. The Hall can now be used to great effect for both drama and music, as the acoustics, sight lines, extended stage with a wider proscenium opening, enhanced back-of-house facilities, and audience comfort are greatly improved. 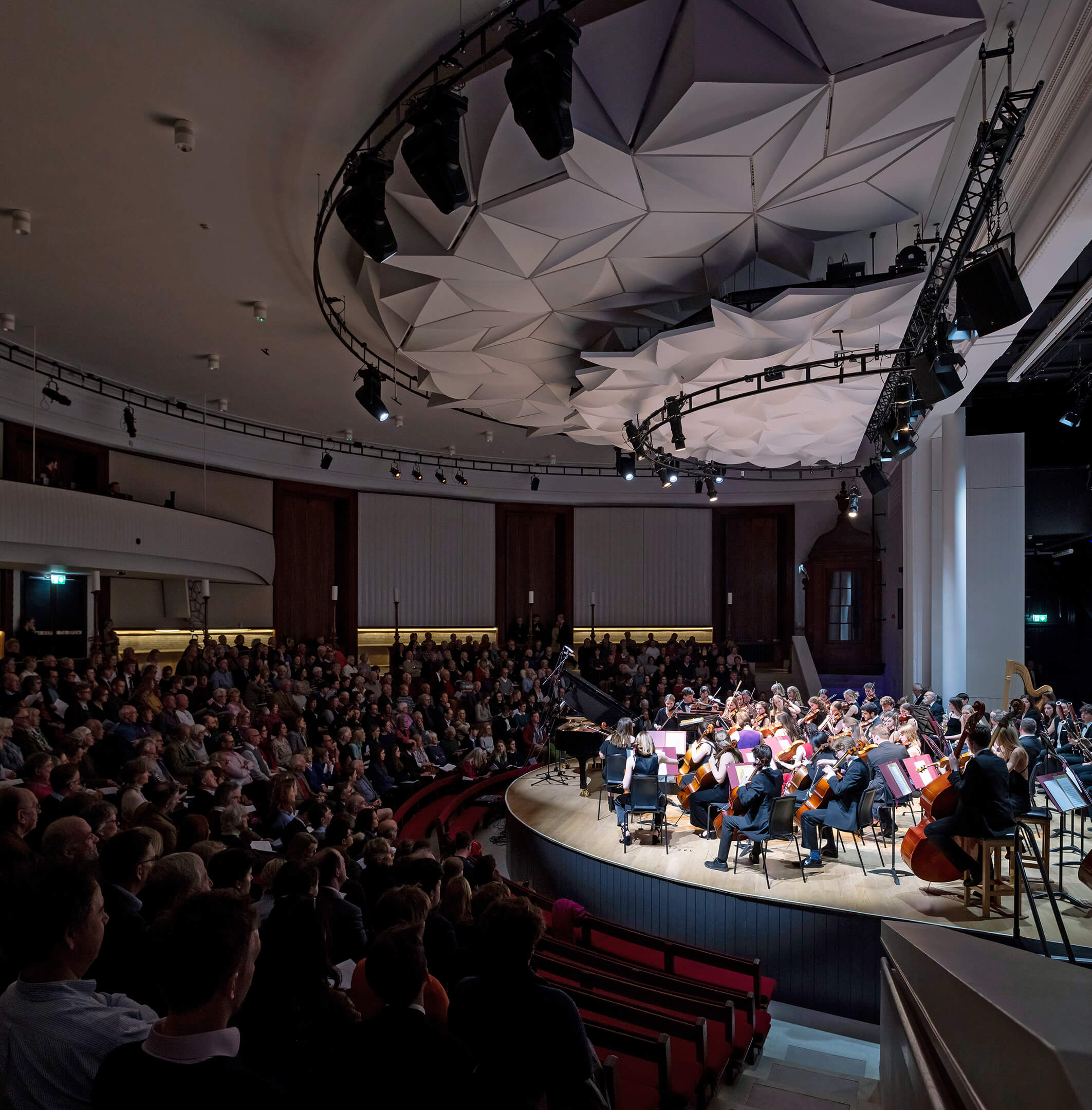 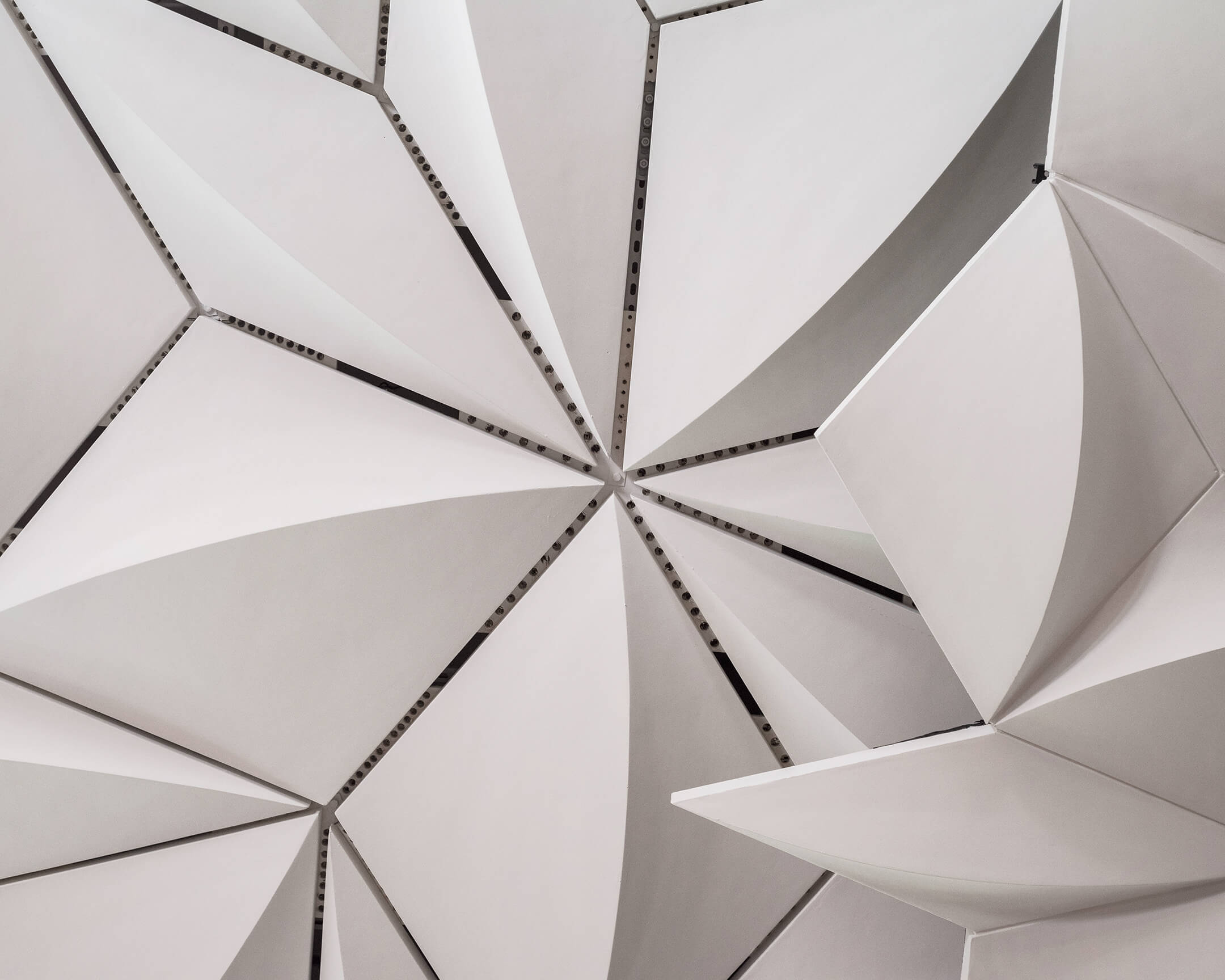 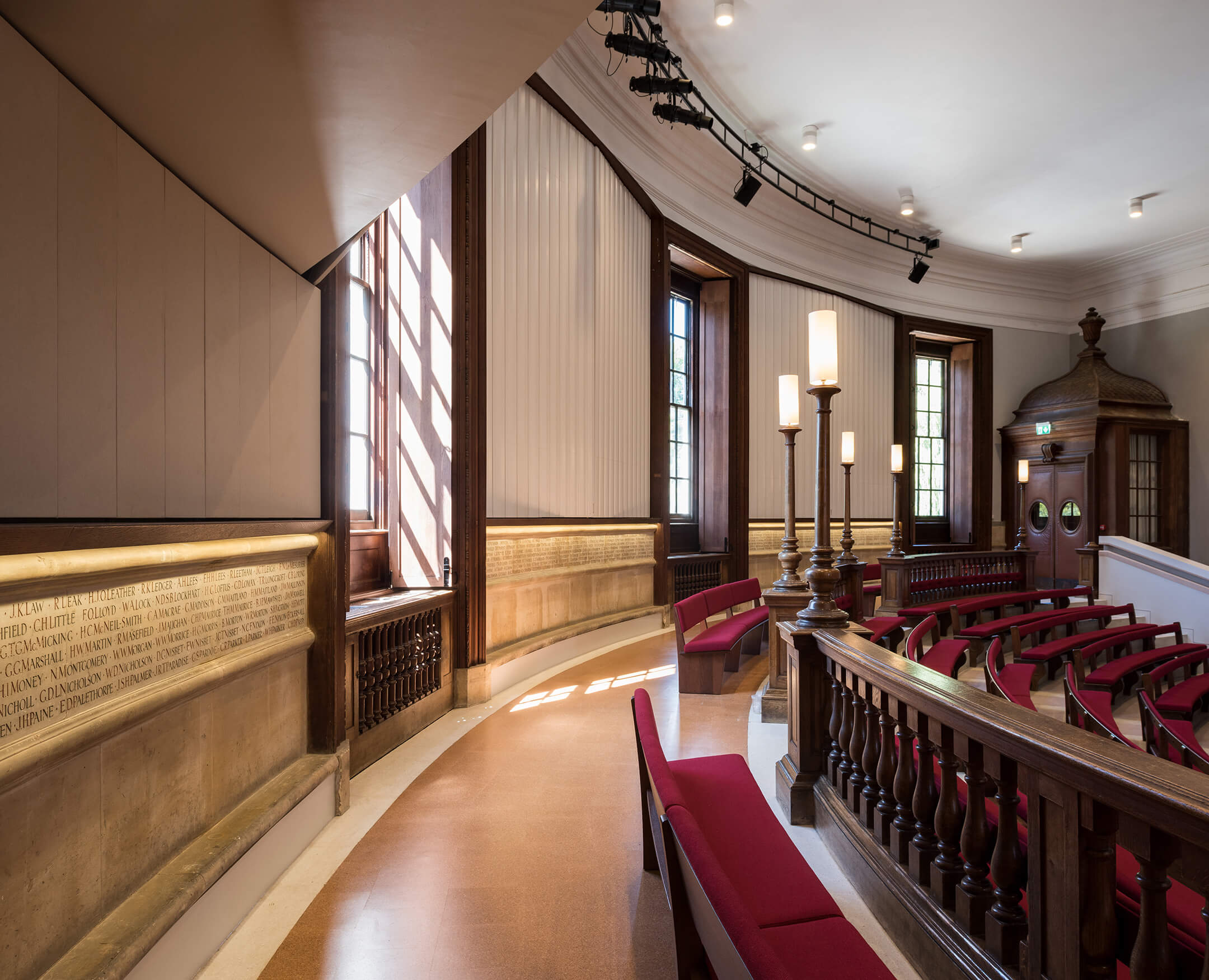 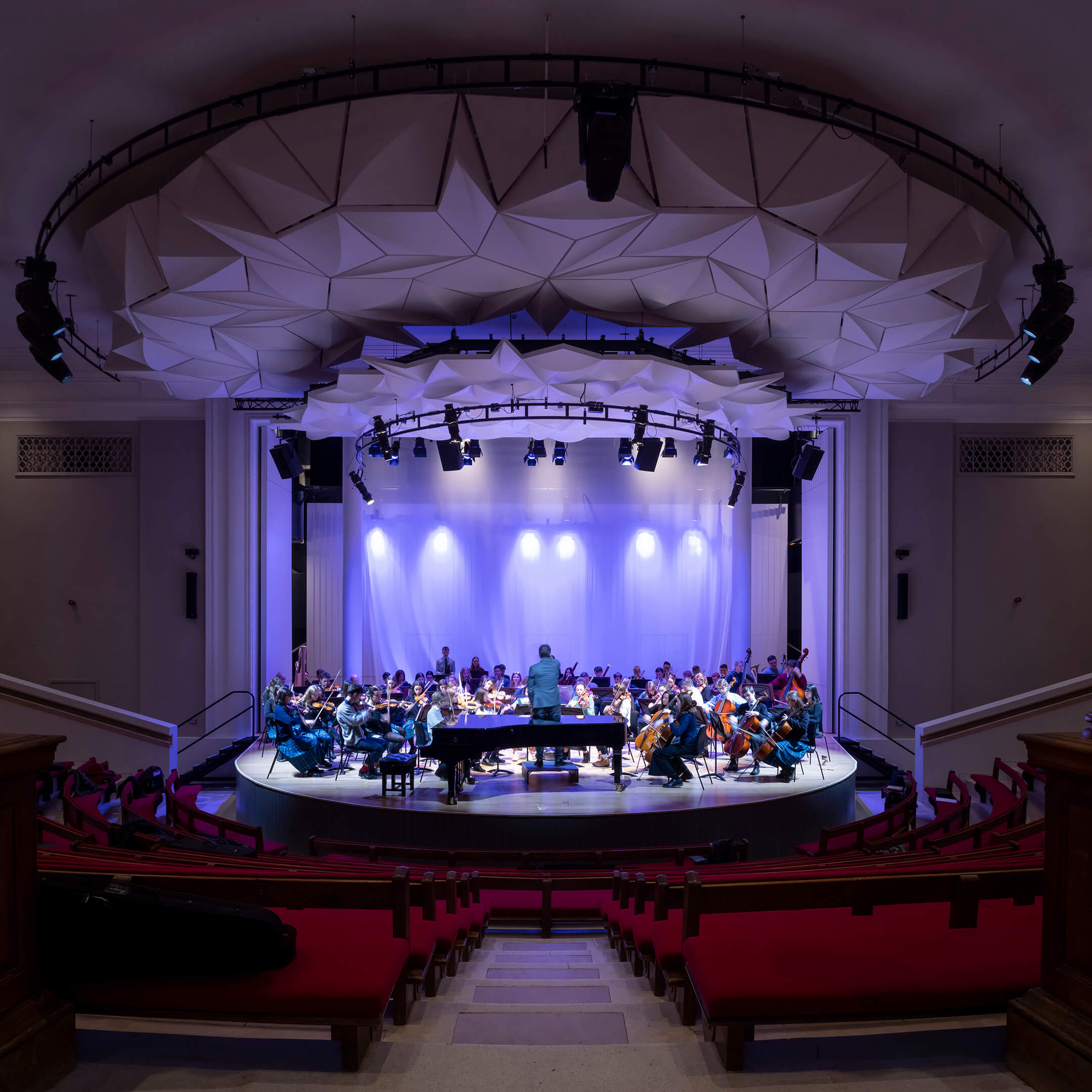 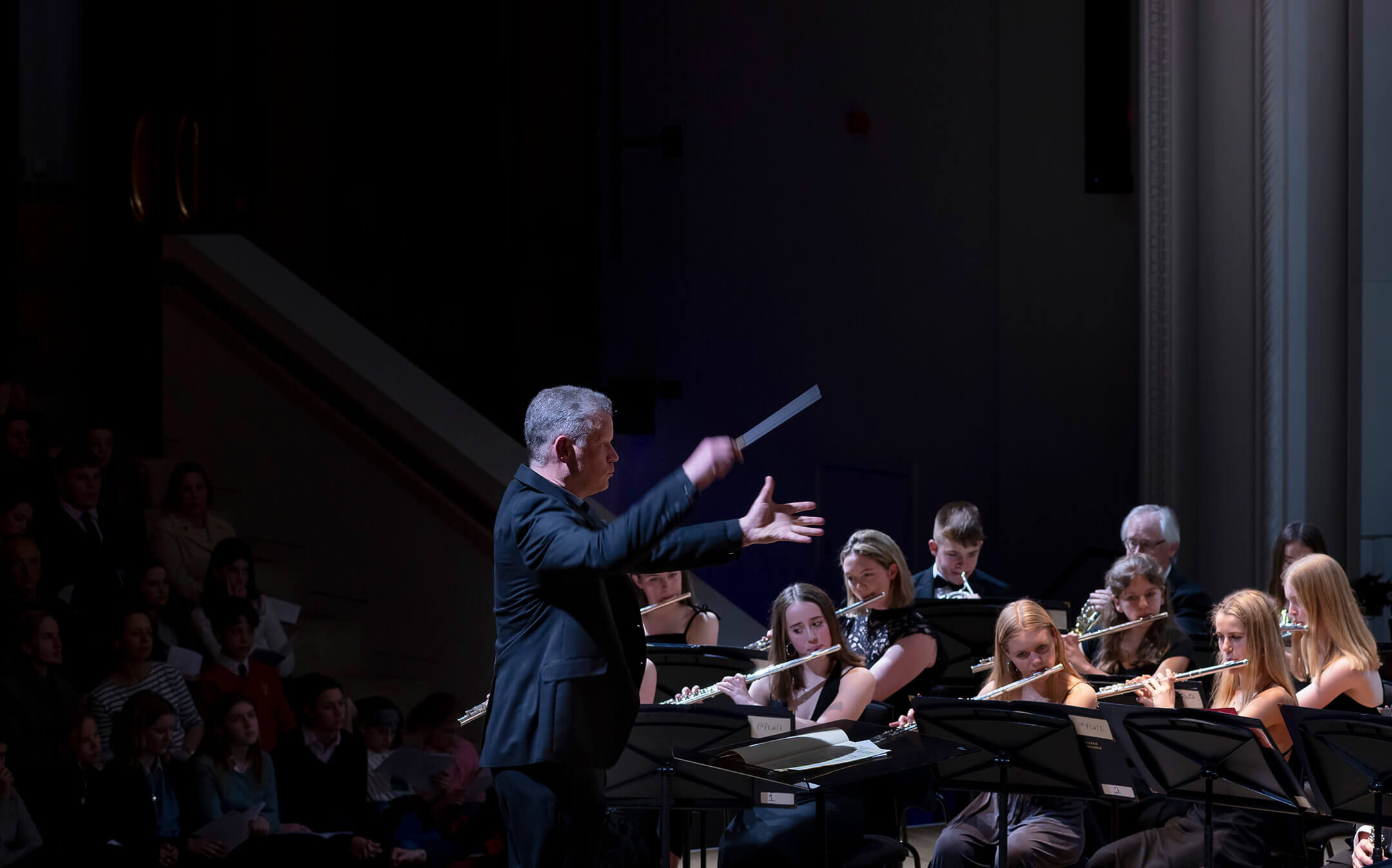 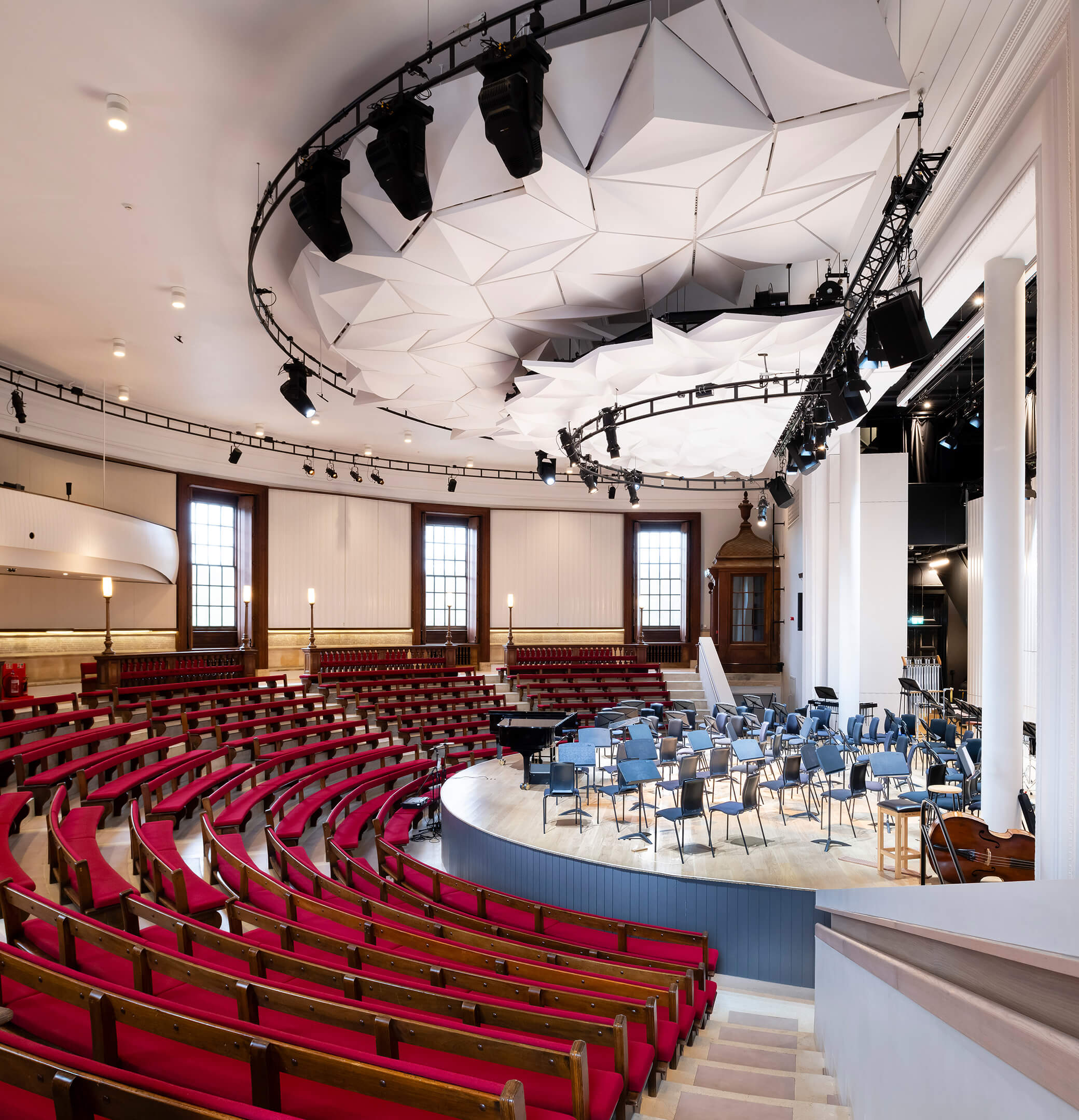 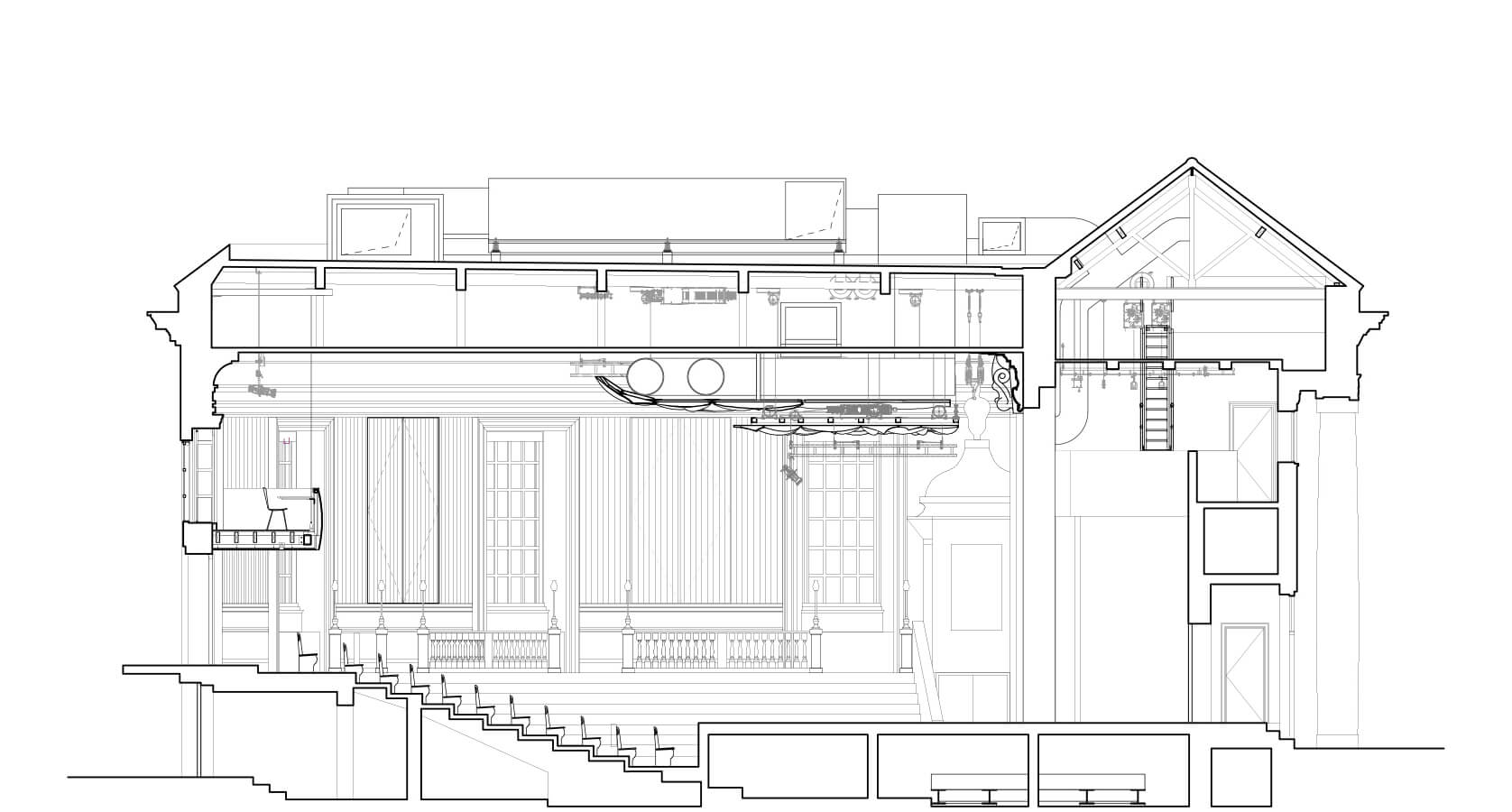 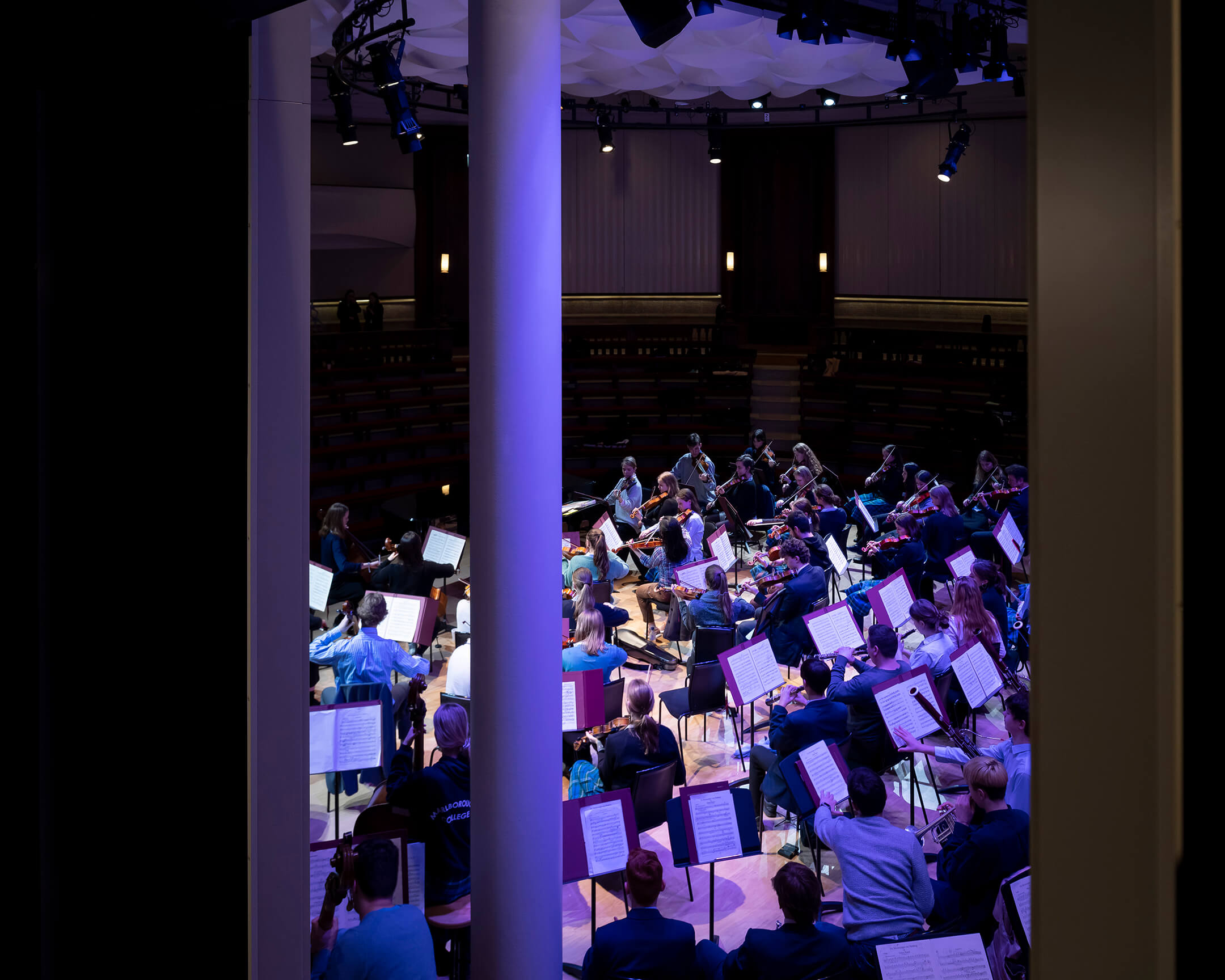 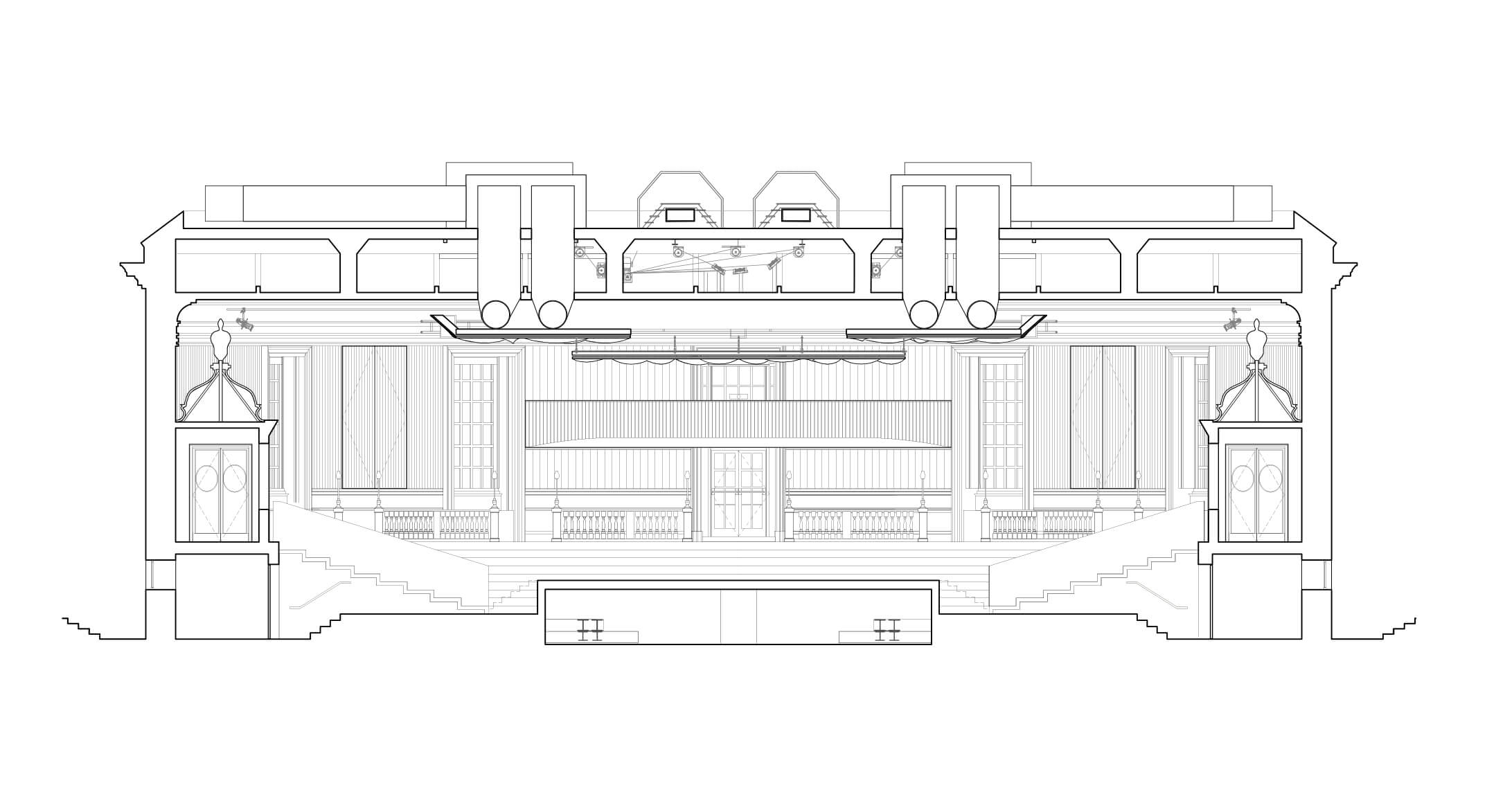 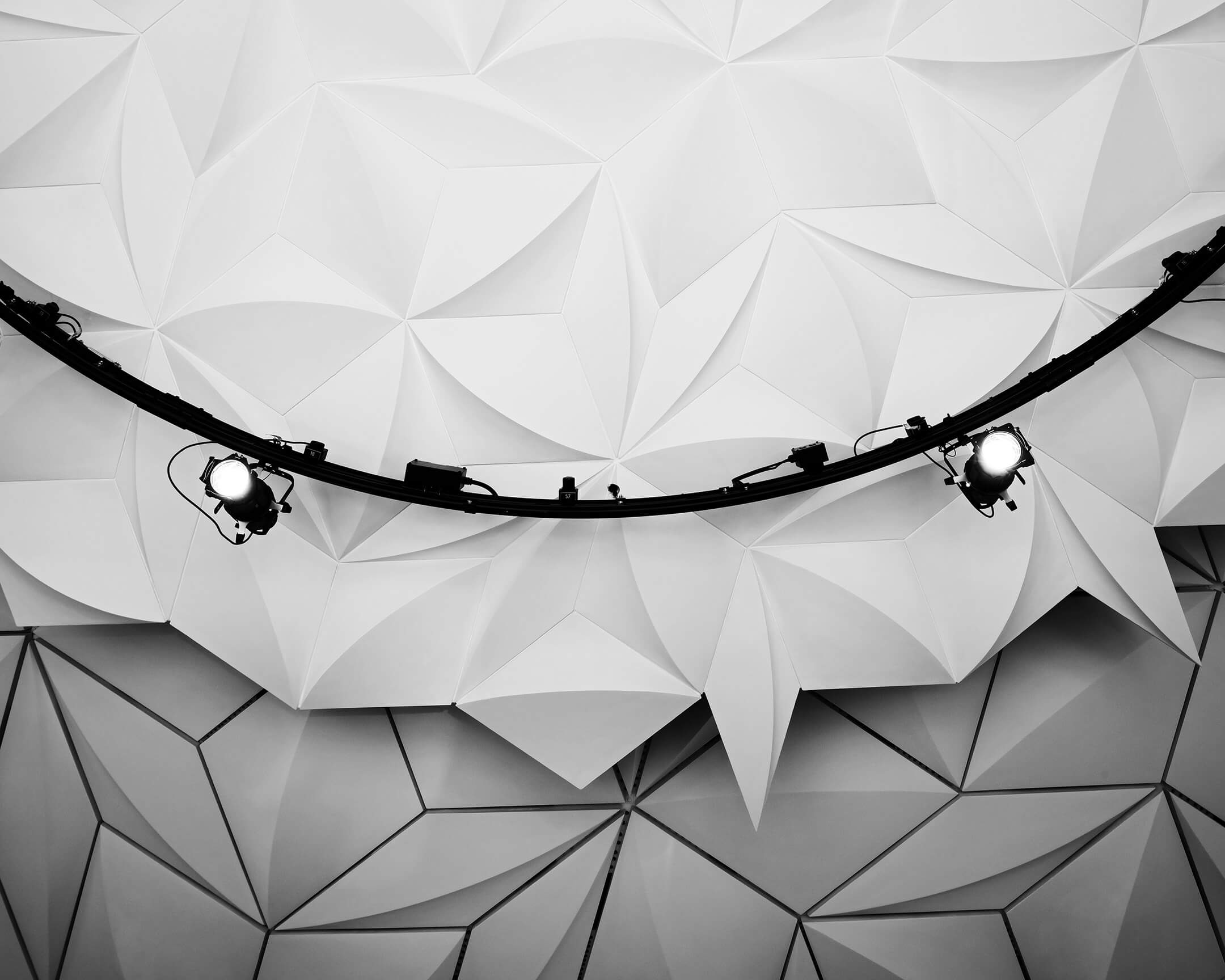